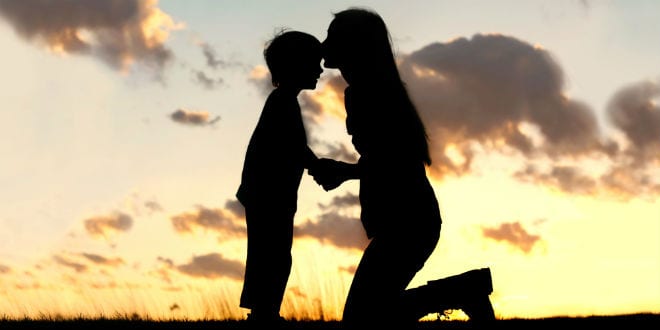 It is a story that would make Biblical King Solomon proud. In contrast to the well-known parable in the Book of Kings 3:16-27, when two women fought over the same baby until King Solomon declared, “Bring me a sword! Cut the living child in two, and give half to one [mother] and half to the other”, The Summit Institute, an organization providing vulnerable Israeli children and youth with therapeutic and professional support by way of fostering, recently shared a unique situation in which the biological mother and foster mother mutually support each other for the sake of the children in their care.

Sara (all names are pseudonyms) moved to Israel from Ethiopia with her extended family when she was a child. The family lived in a two-room apartment with six children and their parents.

At the age of 16, she became pregnant unexpectedly, giving birth to her first son. Three years later, she gave birth to twins. She was in a dysfunctional marriage and, eventually, her husband abandoned the family.

Sara did all that she could to raise her children. However, she found the situation overwhelming. With the guidance of social workers and The Summit Institute, she sent her son to boarding school. For her four-years-old twins, she insisted that they stay together when placed in foster care as she felt that they would do better together.

“Sara is a loving and caring mother,” stated Mira Werker, Recruiter of Foster Families for The Summit Institute. “It is an act of courage that she was able to recognize the limitations of her situation and make a difficult decision to place her children in foster care until she could get back on her feet.”

Lea and Eli Cohen looked at their happy home filled with their own thriving children and decided that they wanted to help less fortunate children have a better life. Following a family meeting, the family decided that they would take in foster kids.

The Cohens were evaluated by both the welfare department and Sara, who not only wanted a secure home environment for her daughters but also wanted them to  live with a religious family and receive a religious education, something she had been denied as a child. “She wanted to ensure that at least her daughters would receive religious values,” noted Werker. “Some people think that all foster children are violent or terribly neglected. This is not always the case.”

Lea comforted Sara about her difficult decision, ensuring that the twins would be well cared for. A visitation schedule was established for the girls to remain in close contact with their mother. Lea also never took on the name “Mommy”, as it was clear that the girls had a loving mother who simply was unable to care for them for a while.

“We helped guide Lea and Sara so that the twins and mothers would have the best foster experience,” continued Werker to Breaking Israel News. “The twins see their biological mother at least every other week and this frequency is being increased. They understand that both women love and want the best for them.”

Today, Sara is remarried to a wonderful man and they have two children together. The twins are slowly being integrated back into their biological family with the dedicated help of The Summit Institute and the Ministry of Social Welfare.

“The families are so intertwined that the twins refer to Lea’s parents as their ‘grandparents’,” shared Werker. “In a funny story, the girls’ school was discussing the ingathering of the exiles. The dark-skinned, Ethiopian girls shared that their grandparents came from Europe. Their principal thought that girls were fantasizing until she realized that they were talking about their foster grandparents.”

In Israel, there are currently about ten thousand children who have been removed from their homes by social welfare due to severe abuse, neglect or tragedy. Of these children, approximately 2,500 are living with foster families.

The Summit Institute seeks to raise awareness of the need to help children who cannot take care of themselves and are not being cared for by the families they were born into. Established in 1973, they are presently responsible for some 750 children.

“When you do a good deed, the world expands,” noted Werker. “Lea’s parents are Holocaust survivors. During the war, her father was in foster care with a Christian family. Now, so many years later, the Cohens are passing this act of kindness onto other needy children.”