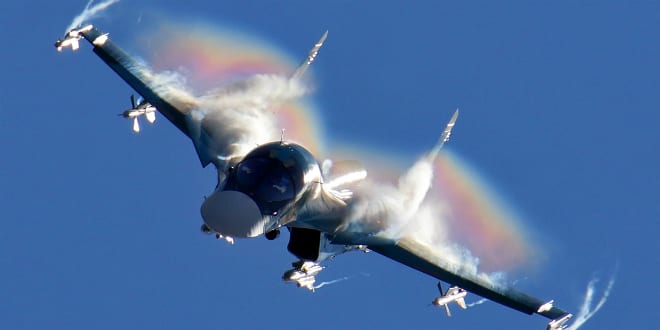 It was reported on Friday morning that Russia fired on Israeli Air Force (IAF) planes at least twice in the past six months. The unsourced report in Yedioth Ahronot included no details of where or when the incidents occurred, or whether the planes were hit. The report cited these incidents as the purpose behind Israeli Prime Minister Benjamin Netanyahu’s visit this past week to Russia. He is reportedly trying to improve operational coordination with Russian military to avoid future confrontations.

According to the report in Yedioth Ahronot, Russian President Vladmir Putin was unaware of the aerial confrontations until he was informed by Israeli President Reuven Rivlin during his visit to Russia last month.

Netanyahu arrived in Moscow on Thursday and met with Putin for three hours. Before the meeting, Netanyahu told Putin that his only goal was to strengthen coordination between their countries.

“I think that this is vital because we must maintain freedom of action for the IDF and the air force in places that are important to us vis-a-vis our security, and I think that this has been achieved,” Netanyahu added.

On Tuesday, Channel 10 TV reported that Russian warplanes were scrambled to intercept IAF warplanes off the coast of Syria last week but that there was no contact between them and the Israeli planes continued on their mission without incident.

There are many countries operating in Syria with different objectives and different procedures, making the situation potentially explosive. On November 24, Turkey shot down a Russian warplane, seriously damaging relations between the countries. Turkey s a North Atlantic Treaty Organization (NATO) member state and a confrontation may have multi-national implications.

Five days later, a Russian warplane briefly intruded on Israeli airspace, crossing the border over the Golan. That incident ended peacefully with no shots fired due to procedures set in place last year for the two countries to cooperate. Israel has attacked targets in Syria on several occasions to prevent shipments of weapons, primarily missiles, from Syria to Hezbollah in Lebanon.

Russia denied that it had attacked Israeli planes. When asked for comment on the question of Russian jets firing on Israeli aircraft, Kremlin spokesperson Dmitry Peskov said that the Israeli press’s reports were “far from reality”.