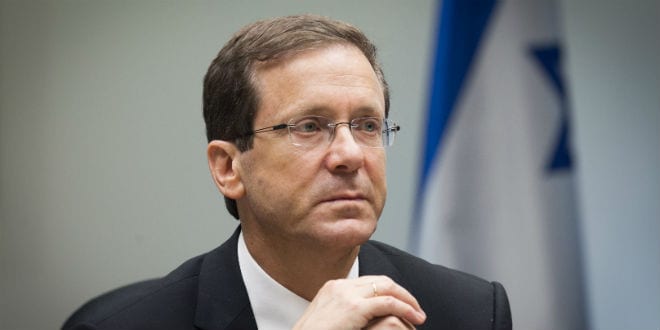 Israeli opposition leader and Left-wing Zionist Union party head Isaac Herzog has stirred up his share of strife this week, urging his party to shed its “Arab-loving” image, The Jerusalem Post reported.

Speaking Tuesday at an event in Ashkelon before members of his Zionist Union faction and the Labor party, he commented, “A false impression exists that we take the needs of Palestinians into account before the needs of the State of Israel.”

Noting that Israeli society is shifting politically to the Right, he explained that the Zionist Union must reposition itself before the public. “Not only do we have experience, we also have the ability to change the country’s current situation, without abandoning the security of Israel, God forbid, and without giving the impression – from what I have heard after meeting with the Israeli public – that we always like Arabs.”

In the wake of his comments, Herzog received a tongue-lashing from both the Left and the Right. From within his own party, Zionist Union members MK Shelly Yachimovich and Zouheir Bahloul criticized their leader. Yachimovich said such statements should not be made by the leader of the opposition, while Bahloul, the party’s only Arab MK, demanded an apology, saying Herzog’s words demonstrated an “ethical deterioration”.

Joint List leader MK Ayman Odeh derided Herzog, calling him “irrelevant and not a leader” and saying he “should have resigned as opposition leader a long time ago.

“Herzog has himself turned into a cheaper and paler imitation of Netanyahu,” the Israeli Arab lawmaker accused. “Precisely in these difficult time we must present a true and bold alternative to the hateful power of Netanyahu and the Right.”

Across the political spectrum, education minister and Jewish Home party leader Naftali Bennett pointed out via Twitter, Israeli Arabs “are not flocking [to the polls] and we do not hate them.”

He added, “Israeli Arabs constitute some 20 percent of the [Israeli] society.” They “are citizens with equal rights, and I am their education minister. So enough, it’s tiring to return to this.”

Herzog, too, took to Twitter to shoot back at his critics, especially those from within his own camp. He tweeted, “I heard there are those who are unsatisfied with my Zionist approach. If they want the head of the Zionist Union to prefer the interest of the Palestinians, I have a message for them – pick a different path.”