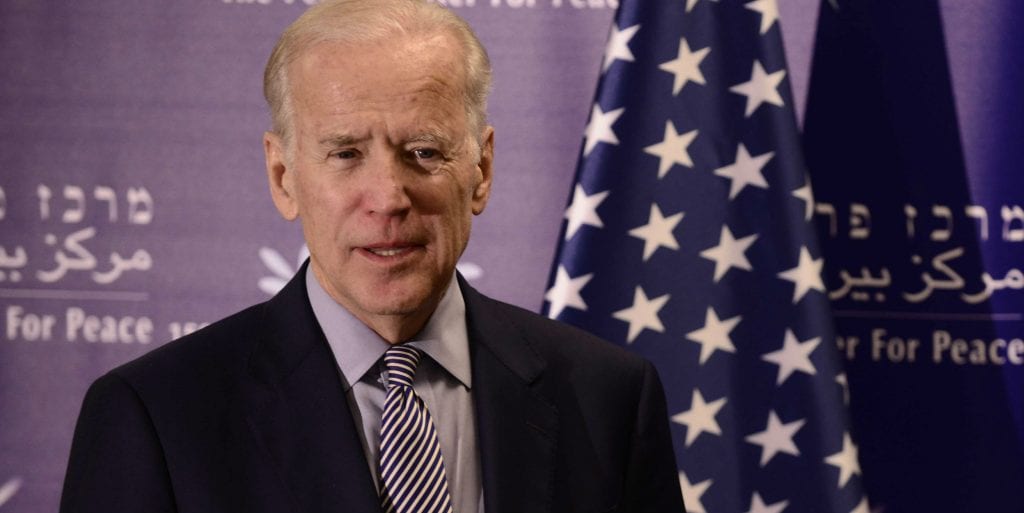 American Vice President Joe Biden has expressed “overwhelming frustration” with the Israeli government regarding the lack of progress towards a two-state solution, Reuters reported Tuesday.

Speaking to the J-Street lobby group, which advocates for a two-state solution to the Israeli-Palestinian conflict, Biden claimed the US had an obligations to push Israel towards such a solution despite the recent disagreements between the two countries over the Iran nuclear deal or Israeli settlements in Judea and Samaria. He bemoaned Israeli settlement expansion, claiming such growth was moving Israel in the “wrong direction”, towards a “one-state reality”.

“We have an overwhelming obligation, notwithstanding our sometimes overwhelming frustration with the Israeli government, to push them as hard as we can toward what they know in their gut is the only ultimate solution, a two-state solution, while at the same time be an absolute guarantor of their security,” Biden said.

The two-state solution advocated by Biden and J-Street sees an independent Palestinian state being established in most of Judea and Samaria — the Biblical heartland of Israel — and Gaza. Large Israeli settlements would be integrated into the remaining Jewish state in exchange for other predominantly Palestinian areas.

“There is at the moment no political will that I observed among Israelis or Palestinians to move forward with serious negotiations,” Biden said, “The trust that is necessary to take risks for peace is fractured on both sides.”

He blamed both sides for fomenting ill will. PA efforts to join the International Criminal Court, he said, “only...take us further from the path to peace.” Meanwhile, Israeli settlement expansion, he claimed, is moving the country into an endless cycle of conflict and retribution.

Biden condemned a bomb attack against two Jerusalem buses on Monday which injured 21 people. He called the perpetrators “misguided cowards” and offered his prayers to the victims and their families.