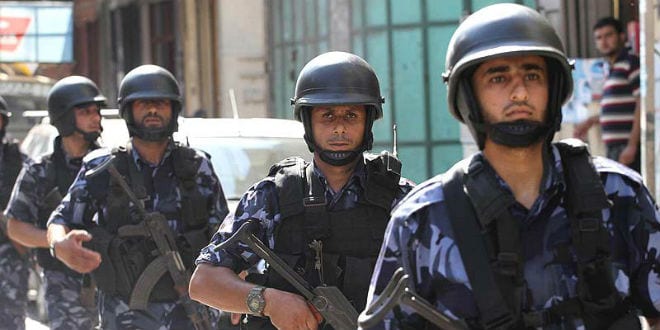 Israel’s clandestine internal security service Shabak recently submitted a classified document attacking the contacts between Israeli officials and the Palestinian Authority (PA) on reducing IDF presence in area A of Judea and Samaria, which is entirely under PA jurisdiction, a senior Israeli official told Ha’aretz. The document was delivered to Prime Minister Benjamin Netanyahu, Defense Minister Moshe Ya’alon and other seniors in the security apparatus.

Shabak argues that establishing understandings with the PA on the issue of IDF withdrawal would likely create political limitations which would narrow the IDF’s future freedom of operation in Arab cities in Judea and Samaria and make it harder to foil terrorist attacks. Recently there have been media reports suggesting Netanyahu and Ya’alon believe the move would not damage Israel’s ability to prevent attacks, and that the PA security forces can be relied upon to carry out a large portion of the IDF’s missions.

That belief, in fact, was at the foundation of the Oslo accords, which both Netanyahu and Ya’alon still see as the path—with some corrections—to a two-state solution.

On Sunday night there was yet another meeting between Coordinator of Government Activities in the Territories (COGAT) Gen. Yoav Mordechai and and OC Central Command Roni Numa on the Israeli side, and a PA team that included Civil Affairs Minister Hussein al-Sheikh and Intelligence chief Maj. Gen. Majid Faraj. The PA delegation demanded an understanding on the IDF pullout from area A before the Tuesday meeting in Brussels of the conference of the PA donor countries — but it remains unclear if this can be achieved in the given timeframe.

A more likely outline would include a trial period during which the PA security be given additional responsibility, while an IDF re-entry into area A would require approval by a command chief, as opposed to the current procedure which requires approval from a brigade chief.

According to the source cited by Ha’aretz, there has been a growing unrest among Netanyahu’s cabinet ministers regarding the pullout proposal, both over the proposal itself, which relies on PA generals to defend Israeli civilians from terrorists, and also over the way in which these plans are being conceived and decided. Ministers Naftali Bennett, Ayelet Shaked, Ze’ev Elkin and Gilad Erdan suspect that what is being presented to the cabinet as routine coordination meetings with PA security officials are, in effect, political negotiations over the next phase in applying the two-state solution.

Since 2002, when PA security failed to stop, and some say aided and abetted the seder night attack on a hotel in Netanya that resulted in 23 dead, Israel has ceased to comply with the Oslo accords regarding the IDF’s freedom of movement inside area A. The result has been the crushing of the terror infrastructure in Judea and Samaria and the Shabak and IDF vastly increased effectiveness in rounding up terror suspects based on intelligence before they set out to harm Israelis.