End is Near? Global Earthquake Epidemic 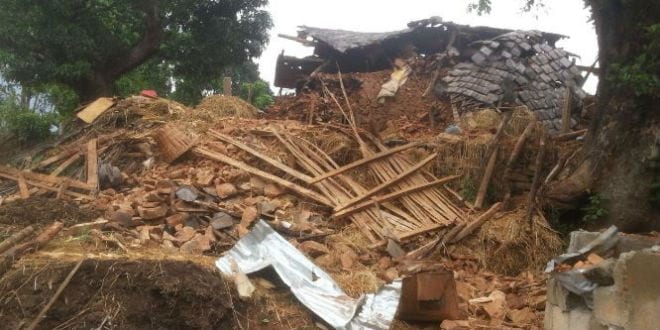 Four earthquakes were recorded around the globe, including three major shakers in the last 48 hours. A minor earthquake hit eastern Israel Friday morning one day after a deadly quake hit Japan.

The Geophysical Institute of Israel reported that the quake, too small to be measured in numbers on the Richter Scale, hit the Dead Sea area and the city of Arad at approximately 7 am.

An earthquake last July measured 4.4 on the Richter scale and was felt all over Israel. Israel is prone to earthquakes generated by the Syrian-African Rift, which runs along the Jordan valley and is part of the larger Great Rift Valley, extending from northern Syria to Mozambique.

In 1927, a 6.2-magnitude quake generated by that rift killed 500 people and injured 700. Experts have warned that a large earthquake could strike Israel in the near future. The government has begun funding projects for buildings to be bolstered against tremors.

Thursday evening, a 6.4-magnitude earthquake hit Southern Japan, killing nine and injuring more than 850 others. 44,000 people were evacuated from the town of Mashiki. Aftershocks are expected.

The quake in Japan was followed by a 5.9-magnitude earthquake which struck off the coast of the southern Philippines.

A 6-magnitude earthquake also hit on  Thursday off the coast of the Pacific island of Vanuatu, according to the United States Geological Survey (USGS).

A powerful 6.9 Richter quake hit Myanmar on Wednesday night but, miraculously, no deaths were reported.

A 6.6-magnitude earthquake hit northwestern Pakistan near Afghanistan five days ago on April 10.

On April 8, there was a magnitude-4.2 earthquake in Nepal.

Yesterday’s quakes bring the total to nine across Asia in a period of just over three and a half months.

Seismologists say the Himalayan region is overdue for a geologic event stronger than the 7.9 Richter earthquake that hit Nepal last year.

People of faith may see this string of earthquakes as a sign of divine wrath. Psalm 18 describes the earth trembling and quaking because of God’s anger. Earthquakes are also part of several end times prophecies, including the war of Gog and Magog:

“This is what will happen in that day: When Gog attacks the land of Israel, my hot anger will be aroused, declares the Sovereign LORD. In my zeal and fiery wrath I declare that at that time there shall be a great earthquake in the land of Israel. The fish in the sea, the birds in the sky, the beasts of the field, every creature that moves along the ground, and all the people on the face of the earth will tremble at my presence. The mountains will be overturned, the cliffs will crumble and every wall will fall to the ground.” (Ezekiel 38:18-20)

UPDATE: Yet another earthquake, this one measuring 7.8 on the Richter scale, hit Ecuador on Saturday night. Widespread and serious damage was reported and at least 77 people were killed.