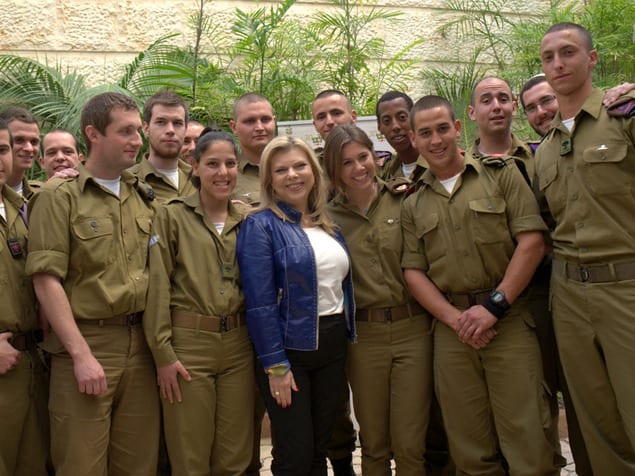 Being a lone soldier is Israel can be daunting, exciting, challenging and inspiring all at the same time. However, being a lone soldier during the holidays, especially one as family-oriented as Passover, can make a soldier feel alone and lonely, rather than just “lone”.

LIBI USA, the only official fund of the IDF, does all that it can to help lone soldiers to have an uplifting Passover. Included in this assistance are soldiers who come from poor families.

“Every army unit has social workers who know which soldiers need extra help, especially around the holidays,” noted Dr. John A.I. Grossman, Chairman of LIBI USA, to Breaking Israel News. “LIBI works directly with IDF welfare departments to make sure that no soldier is left behind, especially for such an important holiday like Passover.”

For the past several years, in recognition of the extra expenses connected to Passover and the important help that LIBI  provides in subsidizing IDF programs, Sara Netanyahu, the wife of Israel’s Prime Minister Benjamin Netanyahu, has given a generous check to the organization. This year will be no different.

The Prime Minister’s wife helps raise funds to purchase gift certificates for lone soldiers and disadvantaged individuals. A formal ceremony is arranged for the handing over of the check to LIBI, which then helps fund IDF Passover programs.

There are approximately 5,500 lone soldiers in Israel who have either moved to Israel on their own, are orphaned, come from dysfunctional homes or have been disowned by their ultra-orthodox Jewish families who do not want their sons in the Israeli army.

Passover, an week-long festival in which most everyday foods are considered forbidden and Jews are required to purchase dozens of special “Kosher-for-Passover” items. Soldiers in need receive a food shopping card worth about $130 for buying holiday staples. In addition, LIBI subsidizes Passover seders for IDF soldiers who must remain on base or in “Soldier Homes” (a building with apartments for lone soldiers).

Passover is a Jewish festival directly derived from the Bible. It commemorates God’s liberation of the ancient Hebrews from enslavement in Egypt, their freedom as a nation under the leadership of Moses and their eventual entry into the Holy Land.

Though a festive holiday, it carries particular challenges. The special, unleavened food which must be eaten for seven days is costly, especially for financially struggling people.

“Most soldiers want to have seder with their loved ones. But, for many families, the extra expenses of Passover are very challenging,” continued Grossman to Breaking Israel News. “LIBI does what it can to ensure that no soldier feels alone. Helping pay for extra Passover expenses provides a needed relief to IDF soldiers and their families who should be able to look forward to a happy Passover without the additional financial stress.”