Turkey: No Normalization with Israel Until Gaza Blockade is Lifted

Home » Turkey: No Normalization with Israel Until Gaza Blockade is Lifted 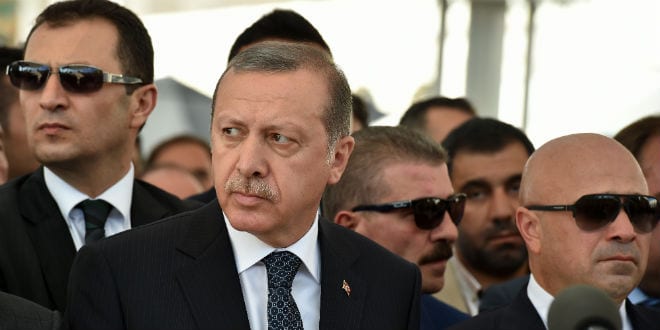 A spokesperson for the government of Turkish President Recep Tayyip Erdogan on Monday said Turkey will not normalize relations with Israel until the Jewish state lifts the maritime blockade of the Gaza Strip.

The spokesperson was responding to earlier claims by the Turkish Foreign Ministry, on Friday, that Turkish and Israeli negotiating teams have been finalizing a rapprochement deal.

“Meetings with Israel have been taking place for a while and they are continuing today,” Turkish Prime Minister Ahmet Davutoglu said in Ankara on Thursday, Reuters reported. “If our demands are received favorably, then the next steps will be clear and the necessary announcements will be made to the public.”

Israel and Turkey have been mired in a longstanding feud that originated with the 2010 Gaza flotilla incident, in which nine Turks were killed in clashes after Turkish militants attacked Israeli commandos who had boarded the flotilla. Israel takes issue with the fact that the Palestinian terror group Hamas, which controls Gaza, has its diplomatic and military headquarters in Istanbul.

“It is extremely unlikely for the final meeting to not produce any results,” an anonymous Turkish official said, according to Haaretz. “Neither side wants this to continue for much longer. If Israel agrees to Turkey sending a power ship to the eastern Mediterranean, respective ambassadors will start serving in Ankara and Tel Aviv in no time.”

On Sunday, the Israeli government warned its citizens visiting Turkey to leave the country as soon as they can due to serious terror threats in the wake of March’s terrorist bombing in Istanbul, in which three Israeli tourists were killed.

Israeli tourists in Turkey should “avoid crowded tourist areas, follow instructions of local authorities, and get out as soon as possible,” the Israeli Counter-Terrorism Bureau said, adding that it has raised the risk of terror attacks against Israelis in Turkey to the highest level.

“Real and immediate terror threats remain throughout the country,” the bureau said in a statement.