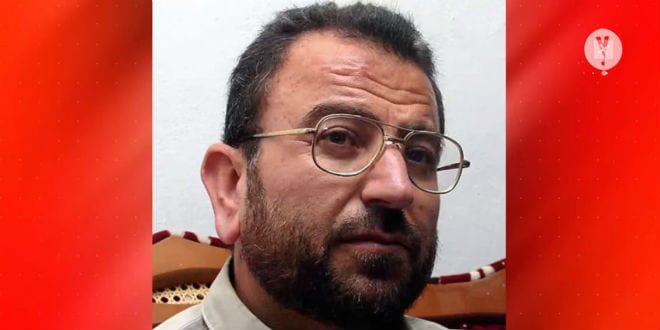 Giving up on the current administration, Israel legal advocacy NGO Shurat HaDin – Israel Law Center has turned to strong presidential candidates for support in its campaign to bring a leading terrorist to justice, The Jerusalem Post reported. Hamas leader Saleh al-Arouri is responsible for numerous terror attacks, including the kidnapping and murder of Israeli-American Naftali Fraenkel and his two friends, Gilad Shaer and Eyal Yifrah, in 2014. According to the Torah, kidnapping is a capital offense, to say nothing of murder.

Fraenkel, Shaer (both 16), and Yifrah (19) went missing in mid-June, and their bodies were found less than three weeks later. Although initial reports suggested the kidnapping was the work of a “lone” terror cell, ultimately it was determined to be the work of Hamas’s military wing, the Izz ad-Din al-Qassam Brigades. On August 20, Arouri announced at a conference that the group was behind the kidnapping and murder, saying it was the will of the people.

At the time, Shurat HaDin reached out to then-American attorney-general Eric Holder, submitting a formal request to the Department of Justice to extradite Arouri from Turkey to face charges in the US. Over a year and a half later, the organization has not received a response.

Shurat HaDin fights for Israel’s safety and security in the courtrooms of the world. Operating within the legal system, the group enlists the help of Western intelligence agencies, law enforcement branches and a network of volunteer lawyers across the globe to combat terrorism, prosecute perpetrators and supporters of global terror, and defend Israel against those who seek to delegitimize the Jewish state. Over the years, the group has successfully achieved court rulings against terrorist groups and their state sponsors, most recently winning a claim on $9 million in Iranian funds for the victims of a suicide bombing in Jerusalem in 1997.

Hitting a dead end with President Barack Obama’s current administration, Shurat HaDin director Nitsana Darshan-Leitner and lawyer Robert J. Tolchin have now turned to presidential frontrunners Hillary Clinton and Donald Trump for their public support in the campaign against Arouri. In a letter to both candidates, Darshan-Leitner and Tolchin have asked them to add their voices to the call for extradition.

“On August 20, 2014, Saleh Arouri, speaking on behalf of Hamas at an Islamic conference in Turkey, boasted that the kidnapping and murder of Fraenkel, Yifrah and Shaer (which he called a “heroic operation”) was carried out by Hamas’s [armed wing] Izzadin Kassam in an attempt to arrange a ‘swap deal’ for the release of Hamas terrorists held by Israel,” the lawyers wrote. “It was from Turkey that Arouri planned and directed the Hamas operation that led to the kidnapping and murder of the three teenagers.”

Israel became convinced of the veracity of his claims while questioning a suspect arrested in the case, Hussam Kawasmeh. Kawasmeh acknowledged that his nephew, Marwan Kawasmeh, and another operative,  Amer Abu Aysha, carried out the attack, and that he had received over $60,000 in funding from Hamas for the operation. Kawasmeh acted under orders from Arouri.

Darshan-Leitner and Tolchin also emphasized Arouri’s ongoing involvement in Hamas and its terrorist operations. “Over the past several years, a number of emissaries from Arouri have been arrested in the West Bank bringing money and written messages on behalf of Arouri explicitly directing the establishment of terror cells for kidnappings,” they wrote. “Israeli officials believe that Arouri has also played, and continues to play, a significant role in directing a number of more recent terrorist attacks and murders in the West Bank as well.”

Arouri has already been recognized by the US government for his terrorist activities. In 2003, he was listed by the Department of Justice as a co-conspirator to first-degree murder, kidnapping and hostage-taking, among other crimes, in a federal indictment of Hamas operatives. In 2015, the Department of the Treasury listed Arouri as a specially designated global terrorist (“SDGT”) of Hamas. On its official website, Hamas identifies Arouri as a member of its politburo and a founding member of its military wing in the West Bank.

“Accordingly,” the Shurat HaDin letter continues, “we strongly urge the US government to investigate the kidnapping and murder of US citizen Naftali Fraenkel, and to seek the indictment and extradition of Saleh Arouri from Turkey for his role in that heinous crime.

“Turkey is obligated under the Treaty on Extradition and Mutual Assistance in Criminal Matters Between the United States and Republic of Turkey, to grant extradition of requested individuals to the United States if the suspect committed a criminal act that would be punishable by Turkey had the offense been perpetrated within its territorial jurisdiction. The kidnapping and murder of Fraenkel clearly fulfill this requirement.

“We sincerely hope that you will lend your public support to our efforts to have Arouri extradited from Turkey and tried in the United States, and not allow the perpetrators of terror against United States citizens to remain at large when there exists a viable legal avenue to bring them to justice.”