Pope Calls for Greater Acceptance of Gays and Lesbians

Home » Pope Calls for Greater Acceptance of Gays and Lesbians 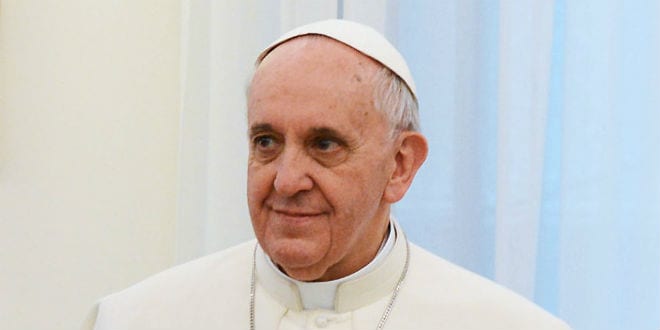 On Friday, Pope Francis made an official statement calling for Catholics worldwide to be more accepting of homosexuals, challenging an age-old position held by the Catholic Church, which has traditionally deeply condemned gay lifestyles and sexual activity.

While the Pope’s announcement did not signify a shift in official church doctrine, the 256-page document he released, an apostolic exhortation entitled “Amoris Laetitia” (“The Joy of Love”), outlined a significant change in attitude towards the Vatican’s stance on family matters, including same-sex relationships and divorce.

While the Pontiff did not condone gay marriage, he urged Catholics to be more tolerant of non-traditional lifestyles and those who practice them. “A pastor cannot feel that it is enough simply to apply moral laws…as if they were stones to throw at people’s lives,” said the document, as reported by CNN.

He discouraged such a stark worldview. “By thinking that everything is black and white, we sometimes close off the way of grace and growth,” he noted, adding that he believed Jesus Christ would have supported a similar perspective.

“I understand those who prefer a more rigorous pastoral care which leaves no room for confusion. But I sincerely believe that Jesus wants a Church attentive to the goodness which the Holy Spirit sows in the midst of human weakness.”

“Unjust discrimination” against gays and lesbians is not acceptable, he wrote in the document.

“There is no stereotype of the ideal family, but rather a challenging mosaic made up of many different realities, with all their joys, hopes and problems,” Pope Francis wrote.

“Every person, regardless of sexual orientation, ought to be respected in his or her dignity and treated with consideration.”

However, he was careful to emphasize that “in no way must the Church desist from proposing the full idea of marriage,” stating, “[a] great variety of family situations … can offer a certain stability, but de facto or same-sex unions, for example, may not simply be equated with marriage.”

The leader of the Catholic church also touched on the sensitive issue of divorce in his paper. The Catholic church famously forbids divorce, viewing remarried divorcees as “living in sin” and excluding them from receiving communion.

While the Pope did not say explicitly that divorced Catholics should be allowed to take Communion, the document suggested that it should be easier for Catholic couples to have their marriages annulled, allowing them to continue to participate in church life.

“The divorced who have entered a new union should be made to feel part of the Church,” Pope Francis wrote. “It can no longer simply be said that all those living in any ‘irregular situation’ are living in a state of mortal sin.”