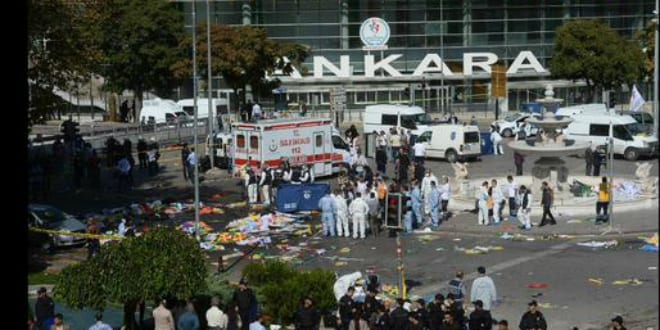 The Israeli Counter Terrorism Bureau warned Israelis to leave Turkey immediately, and now the US is warning its citizens to take “extreme caution”.

The Israeli bureau issued a statement on Friday saying, “Following a situational assessment, we are reiterating and sharpening the high level of threat in Turkey.”

“Real and immediate terror threats remain throughout the country,” the statement said, instructing Israelis to “avoid crowded tourist areas, follow instructions of local authorities and get out as soon as possible.”

A special report by Channel 2 on Wednesday estimated that over 110,000 Israelis were planning on visiting Turkey over the upcoming Passover holiday. Turkey is a popular vacation destination for Israelis despite relations between the two countries being unsteady.

Travel warnings have been in place since a bombing attack in Istanbul targeted a group of Israeli tourists on March 18th, killing three Israelis and wounding 39 others, including 11 Israelis. The attack was attributed to the Islamic State (ISIS), the fourth bombing attributed to them in Turkey in the last eight months.

“Information on what intelligence officials are describing as an ‘imminent’ attack was obtained from six operatives from the ‘Caliphate’ who were arrested in the southern city of Gaziantep over the last week.”

“The most likely target of an attack is Istanbul’s synagogue in Beyoglu, which also has a community centre and a school attached to it. This is a more than credible threat. This is an active plot,” the source added.

On Saturday, the US Embassy in Turkey issued a warning to American citizens on its official website:

“The U.S. Mission in Turkey would like to inform U.S. citizens that there are credible threats to tourist areas, in particular to public squares and docks in Istanbul and Antalya.  Please exercise extreme caution if you are in the vicinity of such areas. For your personal safety, we urge you to monitor local media.”

After the bombing in March, families of US diplomats and military personnel were ordered to leave the country.