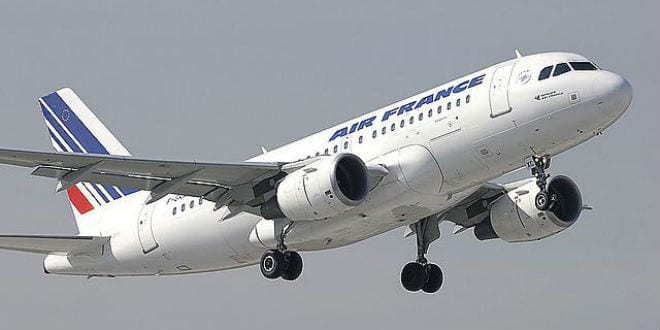 Despite its home country’s fiercely secular roots, Air France has announced to its employees that it will be requiring female crew to cover their hair in Tehran. However, in a concession to staff, the airline has agreed to allow female employees to opt out of servicing the Tehran route if they object to the requirement, Reuters reported.

Air France ceased its flights to Tehran in 2008, part of the Western sanctions placed on the Islamic Republic in response to its nuclear ambitions. However, with sanctions eased following the deal brokered by the P5+1 nations, the airline, which is struggling financially, is eager to reestablish the route.

In strict adherence to Islamic law, Iran requires women to cover their hair at all times in public. As such, Air France informed its staff that they, too, would be obligated to put on a headscarf upon landing and exiting the plane.

“This obligation does not apply during the flight and is respected by all international airlines serving the Republic of Iran,” Air France said in a statement issued Monday.

France maintains a staunch separation of church and state, with religious headscarves banned from schools and offices and full face veils forbidden in all public places. The Air France directive seems to fly in the face of French culture and beliefs.

“It is not our role to pass judgment on the wearing of headscarves or veils in Iran,” Flore Arrighi, the head of France’s flight crews union, was cited by The Telegraph as saying. “What we are denouncing is that it is being made compulsory. Stewardesses must be given the right to refuse these flights.”

According to RT News, Air France said it respects the rights of its flight attendants to “individual freedoms,” but also added, “tolerance and respect for the customs of the countries we serve are part of the values of the company.”

The airline had the same policy when the route was active in the past, but the cultural and political climate have changed dramatically in the intervening years. Flights are set to resume April 17.

The Bible admonishes the Children of Israel on several occasions not to follow the customs of those surrounding them.