Obama Killed CIA Op That Could Have Stopped ISIS

Home » Obama Killed CIA Op That Could Have Stopped ISIS 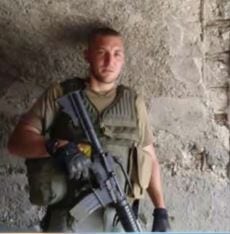 President Barack Obama stopped the CIA from carrying out a plan to overthrow Syrian President Bashar Assad’s government in 2012, a new book by a former CIA agent has revealed.

The CIA crafted a detailed, multi-stage plan to take out the dictator in the beginning years of the Syrian civil conflict, wrote former CIA operative Doug Laux, who spent a year meeting with Syrian rebels and intelligence officials in neighboring Gulf countries to prepare the operation and pass intelligence back to the CIA. His upcoming book, Left of Boom, tells the story of his experience in the intelligence agency.

Laux, together with several other CIA agents, wrote and presented the plan to the Senate Intelligence Committee. It was eventually brought to Obama, who rejected it, confirmed a different former senior CIA official.

The White House and CIA leadership had made it clear that the goal of Laux’s task force was to remove Assad from office, but refused to actually okay a plan, said Laux, NBC News reported.

“We had come up with 50 good options to facilitate that. My ops plan laid them out in black and white. But political leadership…hadn’t given us the go-ahead to implement a single one,” Laux wrote.

The plan included supporting Syrian rebels as well as infiltrating Assad’s ranks, pressuring and bribing members of his regime to overthrow him.

At the same time, then-CIA Director David Petraeus was pushing for a large program to train and arm moderate Syrian rebels with the aim of decisively shifting the balance of power in the conflict. Obama eventually adopted a much smaller program which has not had much effect on the realities of the battlefield.

Today, Petraeus and other supporters of the more aggressive plan say that it could have prevented the rise of the Islamic State, Assad’s use of chemical weapons against his own people, and the ever-worsening European refugee crisis.

Republican Senator John McCain agreed, telling NBC News, “I’m confident we would be looking at a different Syria today if the president of the United States hadn’t overruled David Petraeus, head of the CIA, Hillary Clinton, secretary of state, and Leon Panetta, who was secretary of defense.”

Obama defended his actions by saying that a non-military attempt to “change the equation on the ground” in Syria would not have worked in any case.

However, Laux’s book paints a different picture. The US destroyed its credibility in the region, he wrote, by hesitating and by bluffing about the consequences of Assad’s actions, threatening military reprisals that never came.

Once it became clear that America would do little to halt the crisis, Hezbollah, Iran, and ISIS stepped in. Today, the Syrian “civil” war has become a bloody conflict ranging across the Middle East and even reaching Europe in the shape of refugees and militants hiding among them.

Laux, frustrated with the administration’s refusal to act, quit the CIA. While both the White House and CIA refused to comment on the contents of his book, which was heavily censored, the CIA’s spokesman released a statement which attacked Laux personally, saying, “Sadly, Mr. Laux’s career at CIA did not work out. We hope that someday, maybe with age and greater maturity, he will have better perspective on his time here.”