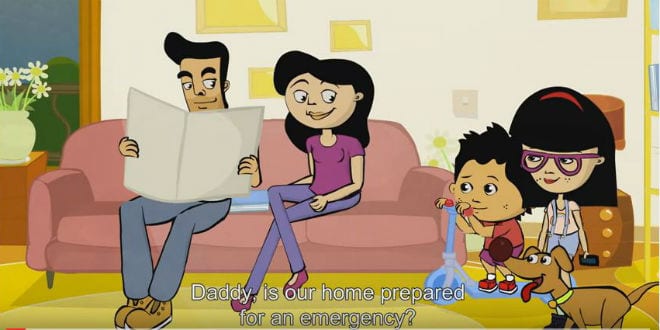 Israel’s Home Front Command is in the midst of an annual public information campaign, and this time it is encouraging citizens to prepare for war, The Jerusalem Post reported. While the campaign takes place each year, the message to take real action is new, according to Col. Sigal Tidhar, head of the Population Department in the Home Front Command.

As part of the campaign, being broadcast through a variety of media, civilians are being urged to stock up on emergency supplies such as battery-operated radios, portable electric chargers, and water bottles. “These are small yet significant things civilians can do during peacetime to be better prepared,” Tidhar said. “They can visit our site to see the full list.”

In addition to stocking up, the campaign encourages families to discuss emergency plans, such as identifying safe areas in close proximity to their homes. “They should know what is in the safe area, and how long they have in terms of [rocket] alerts,” Tidhar said.

“Parents can speak to children and tell them where to go if something happens while they are at work,” she said.

The purpose of the annual campaigns, which have been held since 2008, is to establish a line of communication with the public. The Home Front Command uses a variety of channels to achieve this goal.

“Sometimes we do so through the media, at other times through social media and our website. We are in touch with civilians throughout the year, and want to ensure that we know how to reach them and pass on messages,” she said.

Even if some members of the public are not responsive to the campaign, “they will remember the messages and know where to go to get relevant information,” if there is an emergency, Tidhar added.

This year’s campaign forgoes the celebrities used in the past in favor of focusing on the family unit. The Home Front Command has “put the family at the center of our message,” Tidhar said. “We are putting out the message that civilians have responsibility. There are many things civilians can do.”

The measures recommended by the campaign are useful beyond preparedness for war, Tidhar adds. “[They are] also right for earthquakes and any other emergency. As soon as you prepare for one emergency… you’ll probably be able to deal with other kinds, as well.”