The Mystery of the Lost Jubilee: Part XIV – Jubilee on a Mission

Home » The Mystery of the Lost Jubilee: Part XIV – Jubilee on a Mission 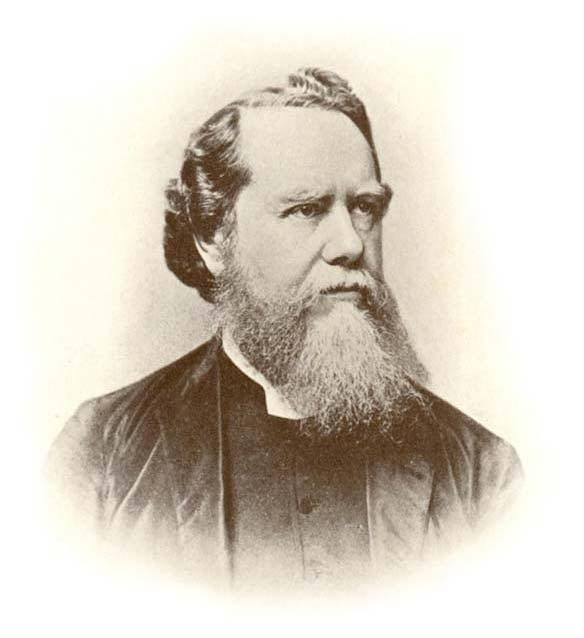 In part 13 of this series we showed how the Jubilee may have overlapped the last two Blood Moons cycles. Today we talk about a topic that you might never have predicted would appear in this series at all: Christian missions.

If there is a Jubilee cycle that is present in the years of 1917 and 1967, and if in fact we are currently in a Jubilee year in 2016, then we ought to be able to see more examples of key events happening in the wake of those years in other areas of the world besides just Israel. We look at Israel and the Jews first for clues as to the Jubilee years, but should not part of God’s pattern include restoration and release in the Christian world?

This brings us to the topic of missions.

One of our readers, Allan Johnson, after reading this article series, has offered us the following insights. He says some key events in Christian missions tied back to some of the earliest Jubilee years we mentioned.

First, he checked into the life of William Carey and his work in India. Carey has often been called the father of modern Christian missions. He did not find any significant events in his life that fit the pattern of the Jubilee years.

Next he checked the life of Hudson Taylor, well-known for his work in China.

Allan writes to us:

“At first I found nothing all that obvious for Hudson Taylor. It wasn’t the starting point of his work in China, or the date of any of his journeys back to China from England. But there was a book called “Hudson Taylor’s Spiritual Secret” containing a chapter called “The Exchanged Life” which describes what seems to have been a pivotal point in his life. At that point, through a letter from a colleague, God illuminated Hudson Taylor’s understanding of how to truly walk with Him in faith – simply resting in Him and depending on His strength. This is very much like what a Jubilee year is meant for – a time for fully resting in God’s provision. So when was that turning point for him? Sept 4, 1869, which is within the final month of one of the proposed Jubilee years. This new perspective stayed with him for the rest of his life, empowering him in leading the work in China for over 30 more years.”

And that is not all. Allan also told us about Cam Townsend, often considered the father of modern day Bible translation.

“In 2013 I had researched the origin of SIL International, which studies foreign languages for the purpose of Bible translation. After this Jubilee article series, I went back through my notes, and the date 1917/18 caught my attention. It turns out that this Jubilee time period was a significant time of processing for Cam Townsend, bringing him to a conclusion and vision that he recorded in his diary on Aug 30, 1918, once again at the end of a Jubilee year. As a result he travelled to a people group of Guatemala, translated the Bible for them, and then with this experience behind him, was led to found an organization to work toward doing this very same thing for people groups all over the world who didn’t yet have access to the Bible.”

As if this were not interesting enough, Allan’s ideas then spurred Bob to check his notes regarding the first successful mission movement to a Muslim people group. His research from 2013 revealed that a native Indonesian Muslim named Radin Abas Sadrach Surapranata, later famously called “Sadrach, the Apostle of Java,” had a turning point in his life when he received his “Divine Call” to preach the gospel to the local Muslim inhabitants.

Sadrach later said that this divine call was as pivotal in his life as the biblical call of Abraham was to Abraham. Sadrach would become the first man in the history of the world, to guide more than one-thousand Muslims to exchange Islam for Christianity. He would also become an early model for indigenous missions (guided by locals, rather than by sending organizations). And the date of that divine call?  In the late 1868 to early 1869 timeframe, putting it once again in a Jubilee year!

Certainly we are not claiming that the only important things that happen, occur in Jubilee years. But a pattern of cases found so quickly for significant missions leaders, is notable.

Now with this talk of missions in an article series co-written by a Jew and a Christian, you are probably wondering how Gidon, as an Orthodox Jew reacts to this topic? Clearly, ideas for our articles must be agreed upon by Gidon!  Here is Gidon on why he is willing to have this material covered in our series:

“Jews tend to think in a self-focused manner when it comes to missionary activity. Jews, when they hear the word missionary, they think “Christians trying to get Jews to be Christians.” However, most Christian missionary activity throughout history has naturally been aimed at non-Jews, by mere availability and geography. For example, here is an extensive website about missions that barely mentions the word Jews or Israel: https://www.aboutmissions.org/statistics.html.

If missionary activity can be seen and characterized as introducing people to the God of Abraham (albeit with a strong dose of non-Jewish Christian theology) –the mandate of the Jewish People since the Sinaitic Covenant — then Jews should be grateful to Christians who have picked up their (justified) slack for the past two millennia while the Jews were busy surviving (tragically, often from persecution from those same Christians or their coreligionists).

The thunderous changes in the world over the past few hundreds of years, and especially over the past few dozens of years, would point to Jews rethinking their position regarding Christians missionizing to others, especially those Christian missionaries who are more knowledgeable and sensitive to the place of Jews, Israel and Jewish wisdom in God’s plan.

This, then, is exactly the mandate of the organization we founded — Root Source — to empower Christians with the Jewish wisdom and relationships with Jews that have been missing pretty much since Christianity’s founding.”

Thanks to Allan Johnson for providing the research on Hudson Taylor and Cam Townsend mentioned in this article. Allan can be reached through his blog at https://snofriacus.wordpress.com/

Have you found any interesting tie-ins between the dates discussed in this article series and your own research? You can find our email addresses on the Root Source website, or put your thoughts in the comments below.