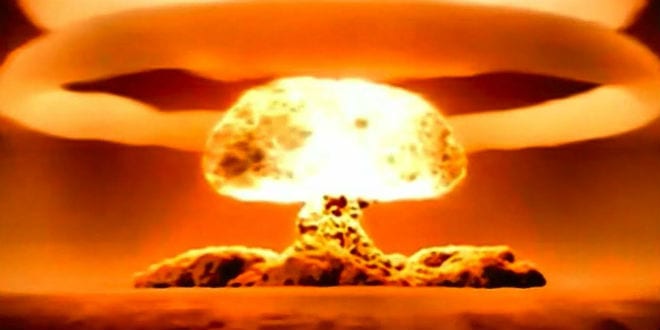 At the Nuclear Security Summit on Friday in Washington, US President Barack Obama warned more than 50 world leaders gathered to discuss nuclear security that a nuclear terror attack is a very real possibility.

“The danger of a terrorist group obtaining and using a nuclear weapon is one of the greatest threats to global security,” he announced.

“There is no doubt that if these madmen ever got their hands on a nuclear bomb or nuclear material they most certainly would use it to kill as many innocent people as possible,” Obama said.

“And that’s why our work here remains so critical. The single most effective defense against nuclear terrorism is fully securing this material so it doesn’t fall into the wrong hands in the first place,” the president told those gathered.

“Just the smallest amount of plutonium – about the size of an apple – could kill and injure hundreds of thousands of innocent people,” Obama said.

According to The Telegraph, ISIS is believed to have already acquired 90 pounds of uranium.

“It would be a humanitarian, political, economic and environmental catastrophe with global ramifications for decades. It would change our world. So we cannot be complacent. We have to build on our progress.”

The recent attacks in Brussels increased fears of a nuclear terrorist attack. Obama noted that the police had discovered several hours of video the terror cell had covertly filmed of a senior manager of a Belgian nuclear plant.

Russia’s President Vladmir Putin boycotted the summit, emphasizing the increasing tensions between the two superpowers.  Obama said Putin has, “a vision that he’s been pursuing of emphasizing military might over development”.

In 2009, Obama promised in a speech in Prague that he would work towards bringing about a world free of nuclear weapons. It is unclear whether the end of his presidency will see this vision as being closer or further away than when he started.

The nuclear deal he brokered with Iran was divisive and it has yet to be seen whether it will have a positive or negative effect. Iran has already violated agreements concerning its missile program leading to sanctions. In addition, North Korea has advanced its nuclear weapon program and released a propaganda film last week threatening a nuclear strike against the United States.