Why Christian Women are Taking Up Jewish Practice of Hair Wrapping 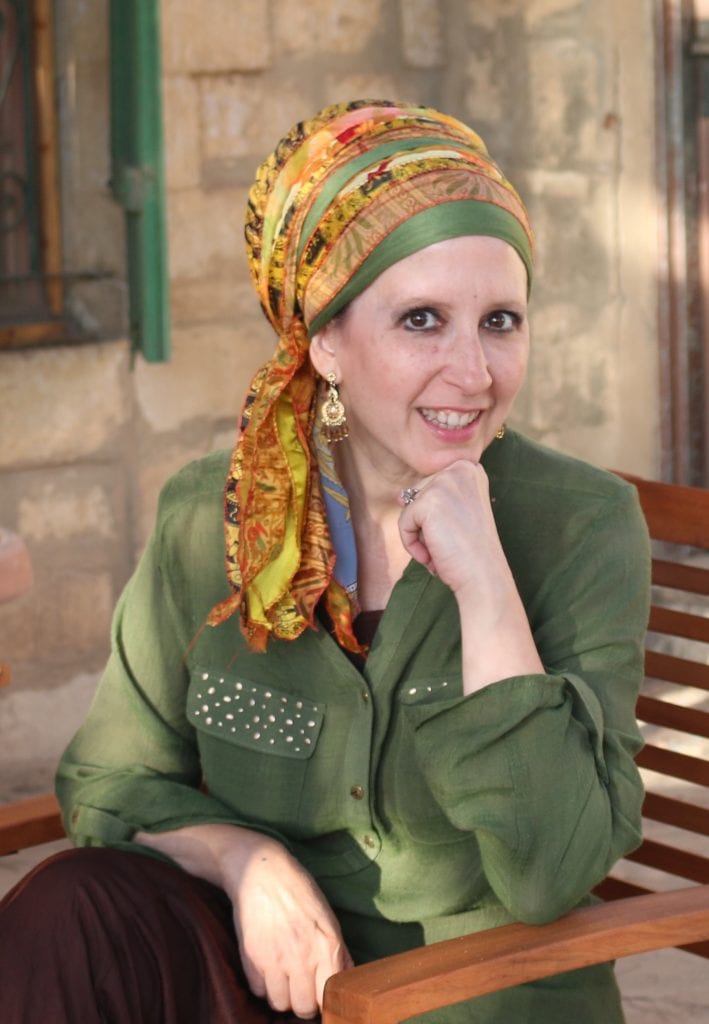 Although their reasons may differ, Jewish and Christian women increasingly share a Bible-based motivation for covering their heads.

In traditional Judaism, women cover their hair after marriage. Depending on the customs of her community, an individual woman may cover her hair with a hat, a wig or a scarf. Covering one’s hair with colorful scarves, a practice known as wrapping, is becoming increasingly popular.

Over the past few years, Jewish-based Facebook groups like Wrapunzel: The Fangroup and Judith de Paris-Hairwear ~ Oui Love to Wrap! have built multicultural communities of women who want to learn new ways to tie their scarves. These groups emphasize encouragement, video tutorials and pictures of women in colorful, and often complex, wraps.

Leah Michaelson, Director of Special Projects for the Safed, Israel-based Jewish education organization Hatshuva (The Answer) has been wrapping for four years. Her hair wraps are works of art, created by mixing and matching scarf colors. She is a passionate advocate for Jewish women to discover and express their inner beauty through the art of wrapping.

Michaelson mentioned the Sotah ritual from the Book of Numbers, “in which a woman accused of adultery would have to go before the priest and have her hair unwrapped.”

“When I think about that, it’s humiliating,” Michaelson said. “To actually have to go through that process. I can’t imagine ever having to do that in public. For me, I can’t even think about going out the door not being wrapped.”

Michaelson reflected on the value of modesty, which, for Jewish women, includes hair covering in all its forms. “I really believe that women are very elevated in Torah. When a woman dresses modestly and is completely covered, what’s seen is her inner beauty coming out. So you can see her attractiveness without her attracting inappropriate attention.”

Speaking about her own journey, Michaelson acknowledged that she has returned to traditional Jewish observance. Before that, she said, “the whole idea of wrapping my hair was very foreign to me. I loved my hair! I have beautiful hair. Before I made teshuva (became Jewishly observant), my hair was my identity. That’s what people noticed.

“I had a difficult time at first. Until I saw how beautiful the mitzvah (Biblical commandment) of saving my hair just for my husband and for Hashem (God) was. It’s hidden and it’s put away until I’m at home. I went from being unsure, to absolutely loving it, and I can’t think of NOT doing it!”

Michaelson spoke about the benefits of following God’s law in this area. “I felt my inner self come out. I was no longer identified by my hair. I had more confidence in myself. I was showing women the beauty of what wrapping is. They saw the beauty of my tichel (scarf), but they also saw my inner beauty coming out.

“Wrapping makes a woman visible in a Godly way. All of a sudden, out comes her inner beauty. She’s feeling like a queen. You just see the transformation of what Hashem is doing in her. It’s so truly amazing. Like a woman discovering the hidden things within herself that are now coming out.

“I also like that people see that I’m a married woman. My kavanah (prayerful intention) while I’m wrapping, is for others. I’ll pray specifically for people who are ill or who need some of Hashem’s attention.”

Michaelson reflected on the phenomena of non-Jewish women who wrap. “Women who are not Jewish, but are really interested in Judaism and getting a deeper understand of Torah, are now leaning toward covering their hair either partially, or some are actually covering full time. Women who are Christian sometimes feel like they need to cover their head when they pray. Some cover for medical reasons. Some love the beauty of wrapping. It’s amazing the amount of women who are covering now who are not just Jewish or Muslim.”

Among Christian women, there is a campaign called The Head Covering Movement that promotes the practice of Christian women covering their heads during worship. Penina Taylor, internationally renowned speaker, coach and author and representative of Wrapunzel, an online  “community that celebrates the art of hair covering” shared with Breaking Israel News the two major reasons Christian women cover their heads.

The first is that, according to Taylor, some Christians believe, according to a passage in the Christian Bible, a covered head is a symbol of a woman’s submission to her husband or, if she is not yet married, to the authority of her father. Head covering in this context is related to the value of not being arrogant.

A second motivation, Taylor explained, is that many Christians feel a desire to identify with Jewish tradition in order to be more authentically true to the origins of their faith. They feel “convicted” to cover their heads and, Taylor said, “they really feel that this is the way to authentically worship God.”