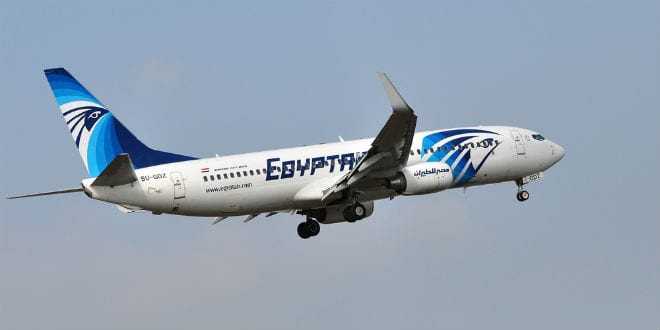 After a tense day-long hostage situation, the lone hijacker who comandeered a passenger flight which took off from Cairo on Tuesday morning has surrendered, giving up his hostages and submitting to arrest. His motives are still unknown.

The plane was carrying 55 passengers and seven crew members. Shortly after takeoff,  the plane’s pilot had been threatened by a passenger wearing an explosive suicide belt, said the Egypt’s Civil Aviation Ministry.

The hijacker took control of the domestic flight, which was en route to Alexandria, and demanded an emergency landing in Cyprus, contacting the airport control tower at Cyprus’s Larnaca airport at 8:30 AM. The plane, an Airbus A320, made the emergency landing 20 minutes later.

The Israeli Air Force had scrambled its jets to ensure the flight would not enter Israeli territory, said an IDF military source.

After landing, the hijacker asked that the Cyprus police keep their distance from the grounded plane so that Egyptian women and children could be released. Passengers were seen disembarking, and EgyptAir reported that all Egyptian nationals had been released.

However, the hijacker, identified as Egyptian Seif Eldin Mustafa, held five foreign passengers, as well as the flight crew, including the pilot, co-pilot, a female flight attendant and a security officer.

His motives were unclear, though Cypriot president Nicos Anastasiades said that the incident was not related to terror and indicated that the Mustafa’s reasons were more personal than nationalistic, as he had demanded a message be sent to his ex-wife, who is Cypriot.

Reports then emerged that the hijacker had demanded the release of female Egyptian prisoners, but it was apparently not a serious demand, as he shortly surrendered to authorities, who called him “unstable”.

Its over. The #hijacker arrested. #LarnacaAirport # Egyptair

After Mustafa’s arrest, Egyptian Prime Minister Sherif Ismail said that the hijacker’s requests had been erratic and unclear. “At some moments he asked to meet with a representative of the European Union and at other points he asked to go to another airport but there was nothing specific,” he said, Jerusalem Post reported.