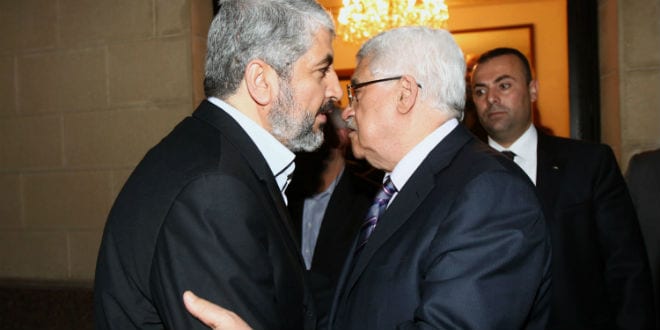 “We hope to agree on a common vision with a view to applying the terms of the reconciliation deal,” Radwan told Anadolu.

According to Radwan, Mousa Abu Marzouk, a member of the group’s politburo, led the Hamas delegation, and the PLO delegation was led by a member of its central committee, Azzam al-Ahmad,.

Leading members of the two movements met last month in Doha to discuss mechanisms for implementing the reconciliation agreement and address the obstacles that have continued to hinder its application, Anadolu reported. Hamas had said that it and the PLO had reached a “common view for the practical implementation” of the 2014 reconciliation deal with a view to ending long-running differences between the two factions. But they did not disclose any further details.

In April 2014, Hamas and Fatah signed their reconciliation agreement that called for the formation of a unity government to oversee legislative and presidential elections. A unity government was composed two months later, but it never governed in either the Hamas-run Gaza Strip or the PLO-run PA.

The Fatah–Hamas conflict of 2006–07, also known as the Palestinian Civil War, resulted in the split of the PA in 2007. The Palestinian Independent Commission for Citizens’ Rights has found that more than 600 Arabs were killed in the fighting from January 2006 to May 2007. Dozens more were killed or executed in the following years as part of the ongoing conflict.