End of Times for ISIS

Home » End of Times for ISIS 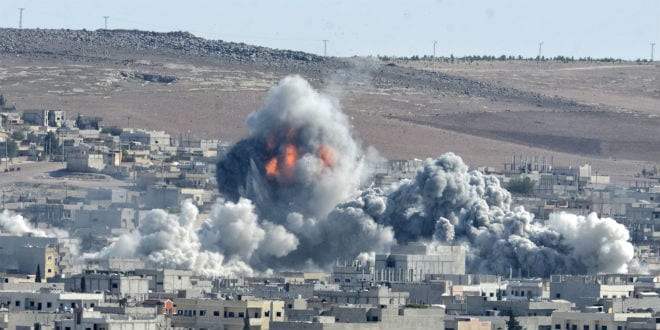 Islamic State (ISIS) fighters are in retreat after beleaguered Syrian forces succeeded in rousting them from from Palmyra Sunday, reported The Times of Israel, citing military sources.

“After heavy fighting during the night, the army is in full control of Palmyra — both the ancient site and the residential neighborhoods,” the source said. ISIS forces have retreated to nearby towns of Sukhnah, Raqqa and Deir Ezzor to the east.

ISIS took control of the symbolic and historic site of Palmyra, a UNESCO world heritage site known as the “Pearl of the Desert”, in May of last year, putting its ancient landmarks at great risk. In the time it held the location, ISIS destroyed two of the city’s classical temples, its triumphal arch and a dozen tower tombs. It also used the ancient amphitheater as an arena for public beheadings.

In addition to its historical and symbolic significance, the Palmyra has strategic importance. According to analysts, it provides Syrian President Bashar Assad with control over the surrounding desert extending all the way to the Iraqi border.

Russian warplanes played a role in taking the city, carrying out 40 air sorties, hitting 158 targets and killing over 100 militants, according to Russia’s defense ministry.

ISIS has been retreating before ground forces and US-led airstrikes in both Syria and Iraq. The international coalition combating the extremist group estimates ISIS has lost some 40 percent of the territory it once controlled in Iraq and 20 percent in Syria.

As for Palmyra, the military source said, “Army sappers are in the process of defusing dozens of bombs and mines planted inside the ancient site.”

The prophet Obadiah, though he addressed the descendants of Esau, prophesied that those so haughty to say no one can bring them down will one day be brought low by the hand of God.