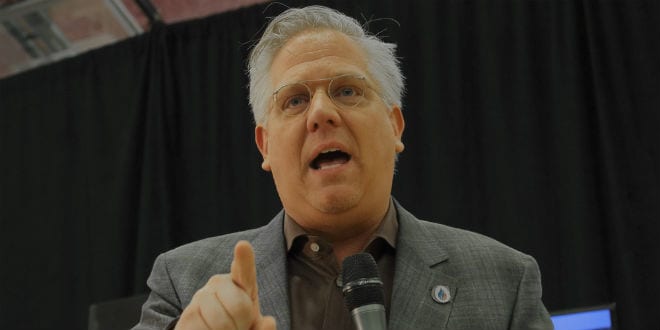 Radio talk show personality Glenn Beck, who on Thursday said that “no real Christian” could vote for GOP frontrunner Donald Trump, has taken a further step by declaring Trump’s rival Ted Cruz to be “anointed for this time.”

Beck said during a live studio show on Thursday that he would “take on” evangelical Christians who support Trump, as well as Jews, Lutherans, Catholics, and Mormons who vote for the real estate mogul.

He argued that evangelical Christians were divorcing politics from principles. “Principles over parties, principles over interests. We’ve got to shore these things up and somehow or another, our side didn’t catch that memo and there’s no chance of saving us unless we reunite with our principles and do it with our neighbors,” Beck said.

The radio host continued, “We’re not living our Christian faith because no Christian, no real Christian – I don’t mean a judgmental Christian, I mean somebody who’s living their faith – no Christian says, ‘I want that guy, that guy is the guy for me’.

However, Beck softened his comments on Friday after receiving harsh blowback from critics, posting on his website, “I’d like to apologize for any of the comments that I’ve made that offended anyone’s religious sensibilities or implied that I thought you weren’t good Christians.”

He added that he believed “Ted Cruz actually was anointed for this time”, going on to detail Cruz’s – and Trump’s – Biblical qualifications for the role of American president.

“I’m pretty sure the Bible doesn’t describe casino-owning billionaires who think it’s perfectly moral to murder children for revenge as the ideal leader people should follow,” he said sarcastically. “I had my team scouring the Bible today from Genesis to Revelation to see if I missed where I put strip clubs in my casinos. Maybe I’ve missed it. Maybe it’s in your Christian version of the Bible, but it’s not in mine.”

Ted Cruz, said Beck, “loves and is inspired by God, the Almighty Creator of the heavens and the earth. I personally think we have a pretty clear choice.”

“If having done that, you’re still confirmed in your choice to support Donald Trump, I can’t fault you for that, just like you can’t fault me for believing and supporting Ted Cruz.”

Beck concluded, “My hope and my prayer is that we realize that and that we unite as a people, not as a party. But as a people. God’s people. And we can unite behind a candidate who best represents our values and our principles that our God taught us and told us to stand for. Because after all, we are one nation under God.”