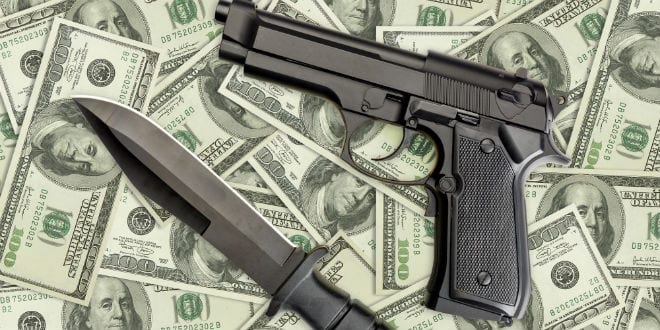 Thousands of Palestinian terrorists, including masterminds of suicide bombings and murderers of women and children, are given cash handouts by the UK, the Daily Mail revealed Sunday. A Mail two-month global investigation has revealed that in Judea and Samaria and Gaza, “despite promises by the ruling Palestinian Authority (PA) to end the practice of paying aid money to convicted terrorists … [have] simply duped the West by allowing the Palestine Liberation Organization to hand out the cash instead.”

Britain gives £72 million ($101 million) a year to the Palestinian Arabs, according to the report, “more than one-third of which goes straight to the PA,” which “openly admits supporting terrorists whom it hails as heroes for fighting illegal occupation, awarding lifetime payments that rise depending on time spent in jail and the seriousness of crimes.”

One example is a Hamas “master bomber” Abdallah Barghouti, who was given 67 life sentences: he has received a total of £106,000 ($150,000). UK funds also pay out “salaries” to the families of suicide bombers, as well as to “teenagers involved in the latest upsurge of deadly attacks on Israel.”

The UK government’s Department for International Development (DFID) and the European Union “are still effectively supporting these payments to thousands of terrorists – despite claims to have ended such links two years ago,” the Daily Mail report insists. This has been confirmed “by former prisoners and families receiving the cash, and in official statements by the PA.” Chairman Mahmoud Abbas used part of the UK gifts — £8 million ($11.31 million) — to build a palace in Ramallah.

The Sunday report presents an interview with Ahmad Musa, a convicted double murderer sentenced to life in prison, who was released from Israeli prison after five years, as part of Israel’s gestures to move along the “peace process.” He gets £605 ($855) every month. Others like him get much more, and after they die, the cash goes to their families. The money for these payments comes from British and European taxpayers. Amjad Awad, who murdered Ehud and Ruth Fogel and their three children in 2011, has received an estimated £16,000 ($22,600) from the fund so far.

Amr Nasser, adviser to the PA minister of social affairs, told the Mail: “It is not a crime to be fighting occupation. These people are heroes. We could be giving them much more money and it would not be enough.” Nasser added that, when Palestine wins its independence, its government would seek reparations from Britain for its historic role in encouraging Zionism. “You should pay us more money,” he stated.