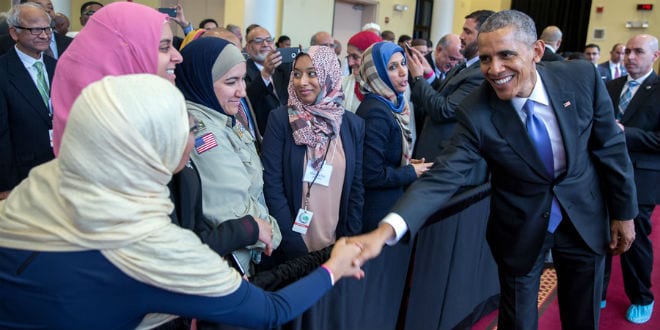 In the wake of deadly terror attacks in Brussels, US President Barack Obama stated that it was important to avoid measures that might “stigmatize” Muslims-Americans – but the Republican presidential candidates did not agree.

In his weekly media address, President Obama responded to the double attack in Brussels that left 31 dead and approximately 300 wounded. Two of the dead and 14 of the wounded were American citizens. The Islamic State (ISIS) took responsibility for the attack.

Obama said that targeting Muslims would be “counterproductive”.

“[Muslim-Americans are] our most important partners in the nation’s fight against those who would wage violent jihad. That’s why we have to reject any attempt to stigmatize Muslim-Americans, and their enormous contributions to our country and our way of life,” Obama said. “Such attempts are contrary to our character, to our values, and to our history as a nation built around the idea of religious freedom. It’s also counterproductive.”

“It plays right into the hands of terrorists who want to turn us against one another — who need a reason to recruit more people to their hateful cause,” Obama addded.

Obama’s comments were in response to those by Republican candidates.

Texas Senator Ted Cruz called for “law enforcement to patrol and secure Muslim neighborhoods before they become radicalized. We need to secure the southern border to prevent terrorist infiltration. And we need to execute a coherent campaign to utterly destroy Isis.”

“The days of the United States voluntarily surrendering to the enemy to show how progressive and enlightened we can be are at an end,” Cruz added.

“Radical Islam is at war with us. For over seven years we have had a president who refuses to acknowledge this reality. And the truth is, we can never hope to defeat this evil so long as we refuse to even name it.”

Cruz also reiterated his position to suspend the relocation of Syrian refugees to the US.

Donald Trump, whose well-known position on the issue has been the focus of much criticism, reiterated his demand for the government to temporarily bar all Muslims from entering the US.

He first announced this position after the shooting in San Bernadino in December, in which a Muslim Pakistani American and his wife killed 14 people in a terror attack. Trump’s position was received with horror by many, but solidified his support on the right. Trump is currently the front-runner for the GOP nomination.

“If they could expand the laws, I would do a lot more than waterboarding,” Trump said on NBC’s Today Show. “You have to get the information from people.”

Hillary Clinton referred to the attacks as a result of “radical jihadism”, saying the terrorists “seek to undermine the democratic values that are the foundation of our alliance and our way of life.”

She objected to torture and closed borders as being counter-productive.