Is There a Connection Between Purim and the Messiah?

Home » Is There a Connection Between Purim and the Messiah? 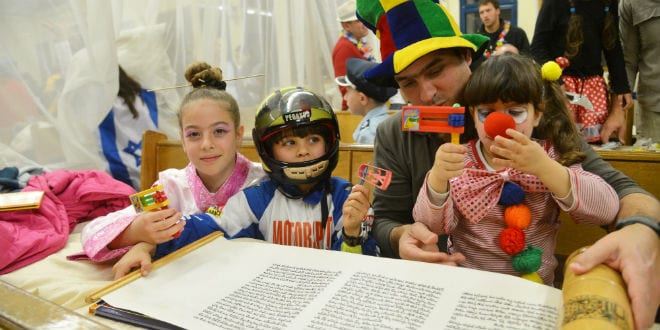 Purim is, at face value, a joyous holiday, but a deeper look reveals a different face. It is actually one of the most important holidays in the Jewish year, and its importance is not only religious but redemptive: Purim is the only holiday that Jews will continue to celebrate after the coming of the Messiah.

In fact, according to the famous Jewish sage the Rambam, all of the books of the Hebrew Bible will be nullified after the Messiah – except for the Five Books of Moses and the book of Esther.

This is not a widely-known fact. Purim is not heavily associated with God; in fact, the book of Esther is the only book of the Bible in which God’s name does not appear. This has become one of the central themes of Purim: revealing what is hidden. Based on the meaning of the name “Esther” – “hidden” – Jewish sages say the name of God is hidden in the book. This hidden aspect is so essential to the holiday that it gave rise to the well-known tradition of dressing up in costumes and wearing masks.

The Talmud states inexplicably that, unlike the Biblically decreed holidays, Purim will continue to be celebrated after the Messiah arrives. This is learned in Megillat Esther 9:28, which reads, “the memory of Purim will never cease from among their descendants”, though no explanation is offered which would answer the important question of what is so special about Purim that it merits such exalted status.

Breaking Israel News asked Rabbi Natan Greenberg, head of the Bat Ayin Yeshiva, about  Purim’s connection to the Messianic era and he explained that the essence of Purim is really in an aspect of the holiday relatively few people get to celebrate: Shushan Purim, celebrated only in cities which were walled when Joshua conquered the land of Israel. The most significant of these cities is Jerusalem, which, at the time of the Purim story, lay in ruins.

“Shushan Purim is a hidden prayer for the return of Jerusalem,” Rabbi Greenberg explained. “In the beginning of the story, we have King Ahashverosh serving a drunken feast on the vessels stolen from the Temple. It seems impossible to sink any lower.”

“When the Temple is restored and the moshiach (messiah) comes, the main celebration of Purim will be in the walled city of Jerusalem, the kingdom of David will be restored, and the vessels of the Temple will be returned to their proper use.”

The concept of changing the world as we know it is deeply engrained in the holiday of Purim. There is a rule that everything on Purim is overturned, and men are required to get so drunk they can “no longer tell the difference between Mordechai the righteous and Haman the evil”.

Rabbi Greenberg quotes this law as an essential aspect of bringing the Messianic age: “It is when all your tears will turn to laughter, all your fear will turn into joy.”