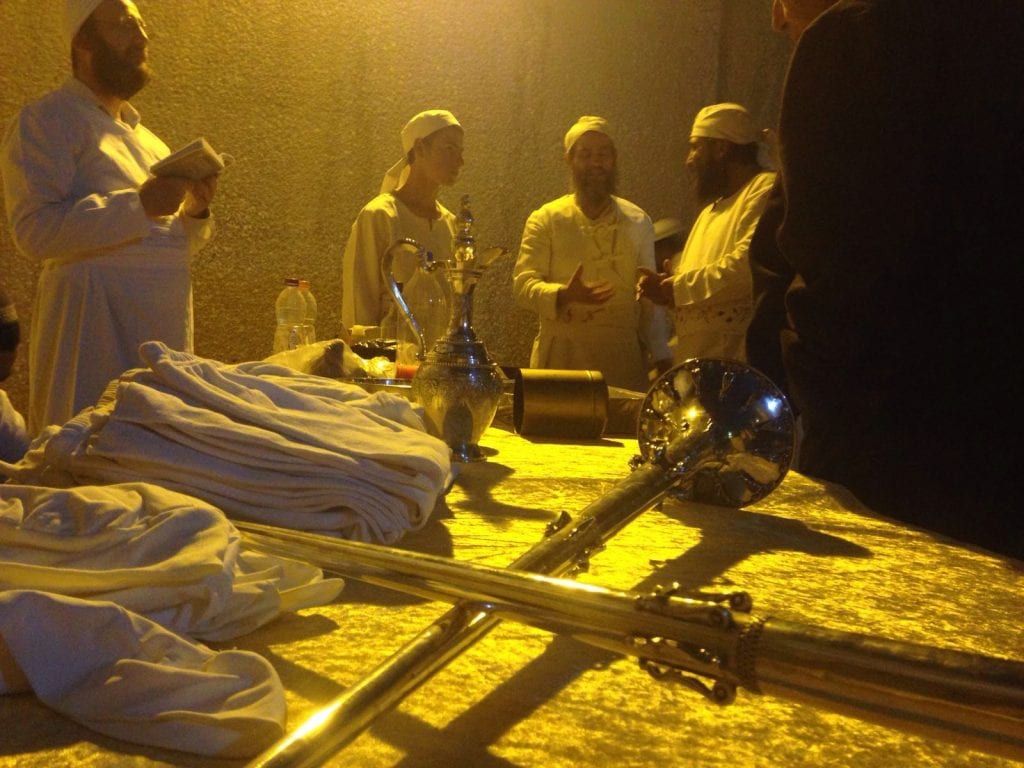 A special ceremony was held in the Cardo in Jerusalem on Thursday,  March 10th. It was the beginning of the month of Adar, or, to be precise, the second day of Rosh Chodesh Adar Bet. In temple Times, the new month was considered a minor holiday and the ceremony, a reenactment of the Temple service, gloriously illustrated that.

On the day of the new month, special sacrifices were brought to the Temple: two oxen, a ram, seven lambs, wine libations, flour, and oil (Numbers 28:11-15). This is identical to the sacrifices offered on Passover and Shavuot, indicating the holy aspect of the new month. Special trumpet blasts were also added in celebration.

To commemorate the special nature of the day, the Temple Institute, in conjunction with the Sanhedrin and other Temple organizations, held a reenactment of the service as it would have been performed in the Temple. The ceremony was intended to be educational for the spectators and a dry-run for the priests who participated.

The priests,  students of the Temple Institute’s Nezer HaKodesh Academy for Kohanim, wore authentic garments made to Biblical specifications, and performed the Kohanic blessing. Musicians played instruments suited for use in the Temple provided by the Temple Institute, accompanied by a choir.

Though no animals were actually slaughtered, the organs and special fats were displayed and explained. There was also a demonstration of how blood is sprinkled on the altar. A mincha offering of semolina was burned on the altar, a precise scale model, approximately one meter tall and two-and-a-half meters square.

In addition to the demonstration of the sacrifices, three members of the Sanhedrin accepted the testimony of two witnesses for the Torah commandment of declaring the new month.

Rabbi Yisrael Ariel, the founder and head of the Temple Institute, also gave a lesson about the Biblical commandment of the Machatzit HaShekel (Exodus 30:11-16) , the half shekel-weight of silver,  given to the Temple every year by Jewish men in this month. Rabbi Ariel explained that the half-shekel was used to purchase the daily sacrifices offered for all of Israel.

Events like this help prepare for the actual Temple. Not only does it raise public awareness, it also helps instruct Kohanim, Jews of the priestly class.

Joshua Wander, a resident of the Mount of Olives who has attended several of the Temple Institute’s events, noted that it also helps fix lapses in practical knowledge.

“When we did the reenactment of the Pesach offering, we discovered that it is difficult to roast a whole animal without burning the outside and leaving the inside raw,” Wander said. “We found out that you have to wrap it up and seal it, which had to be done carefully since it is forbidden to break any of the bones.”