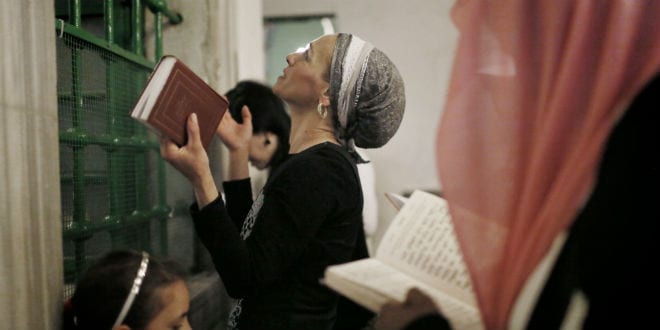 During this time of turmoil in the Jewish State, a grassroots Israeli group has organized a three-day fast leading up to the holiday of Purim, mirroring that of Queen Esther in the Biblical story. Thus far, over 22,000 people have agreed to participate in the fast, which they hope will overturn the continuous threats to Israel’s existence.

The event’s official website has material in Hebrew, English, French, Russian and Spanish. The 72-hour fast begins at sundown on Sunday, March 20. The website offers advice and guidelines about how to undertake the fast sensibly and in good health. It also offers alternatives for people who are physically unable to fast for 72 hours but would still like to participate in requesting salvation for the Jewish people at this precarious time.

The physical fast is an undertaking with a spiritual goal – to end the almost daily terror attacks in Israel and to put a stop to hatred of the nations against the Jewish people that grows stronger every day. The group is imploring that the Jewish Nation band together during this “extreme condition” which “demands an extreme response.”

While the world waits for the Messiah, the grassroots group HaTzom (The Fast) is calling for a solution that includes unity among different types of Jews and fasting. On their website, they explain, “From Rabbinical texts [we learn that] fasting is required for public tragedy until we receive complete mercy. During these fasts days, we need to cry in prayers – pleading for relief.”

Along with the fast, there will be close to 20 live broadcasts that can be heard on HaTzom’s special phone lines and internet radio. These Hebrew broadcasts are intended to strengthen the spirits of those who are participating in the fast. Reciting chapters 20, 102, 83,121,130 and 142 in the Book of Psalms is especially recommended during this 72-hour period.

A separately organized, massive prayer rally is being planned for the third day of the fast. The prayer rally will be held at the Cave of the Patriarchs and Matriarchs in the Biblical city of Hebron. Called Ma’arat Ha’Machpela in Hebrew, this is where Adam and Eve, Abraham and Sarah, Isaac and Rebecca and Jacob and Leah are buried.

The prayer rally is being called for midnight on Tuesday, March 22. At the prayer rally, participants will recite the entire Book of Psalms, among other prayers. In the name of some of the greatest rabbis of the generation, the rally’s promotional poster explains that “it is a holy obligation on every [Jewish] man and woman to be a part of this gathering to save ourselves through prayer.”

Purim is the springtime holiday that celebrates the miraculous salvation of the Jewish people who were threatened with extinction, at the hands of the wicked Haman, during the time of the ancient Persian Empire. The festive holiday will be celebrated this year beginning at sundown on Wednesday, March 23, 2016.

In the Book of Esther, Queen Esther asked all the Jews of the capital city of Shushan to fast for three days to accumulate sufficient spiritual merit for her to go to the king with her request to save the Jews.

By calling for an unprecedented three day fast and a giant prayer rally, the Jewish people in Israel are hoping to repeat the success of the Jews at the time of Mordechai and Esther in overturning the evil decree.