After Losing Everything, Lives of Former Gush Katif Residents Are Slowly Rebuilt

Home » After Losing Everything, Lives of Former Gush Katif Residents Are Slowly Rebuilt 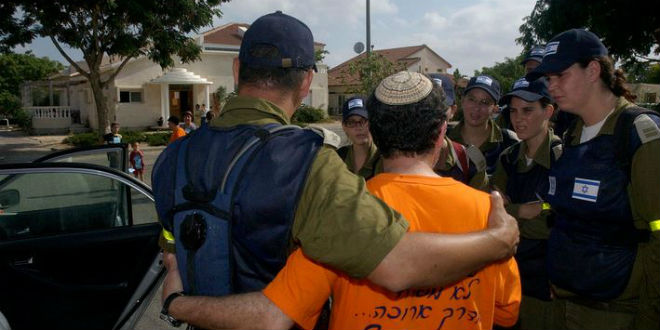 Azriel Shacham is a man of faith. Living in Israel’s southern Gush Katif community of Neve Dekalim with his wife and nine children before the Israeli government turned the area over to the Palestinian Authority (PA) in 2005, Shacham has had to rebuild his life from scratch.

“From the nearly 9,000 Gush Katif residents who were expelled from their homes, there were basically three ways people handled the situation,” explained Shacham to Breaking Israel News. “One group moved out of the area before the expulsion on their own volition. The second group completed the governmental paperwork but didn’t really believe that it was going to happen so they waited until the army came to take them out. The third group, which I belonged to, never believed we would be thrown out of our own homes and didn’t physically prepare. We had faith that our prayers would overturn the decree.”

When the Israeli army arrived on that fateful August day, the Shacham family, along with many thousands of others, literally had to be carried off their land. Furniture and appliances from their homes were haphazardly packed up by the army.

Shacham’s large family lived in a hotel for six months until a caravan was available. When their furnishings finally arrived, practically everything was either broken or missing.

“We were sleeping on shaky beds and using broken cupboards,” he told Breaking Israel News. “We had lost everything we had worked for. I lost my job. What could we do? We had to make do with what we had.”

However, there was something to do. In fulfillment of the Biblical verse in Samuel I 2:8, which reads, “He raises the poor from the dust/And lifts the beggar from the ash heap/To set them among princes”, Karmey Chesed, an organization which works tirelessly to provide needy families with food, furniture, appliances, financial assistance and clothing, heard about the plight of the Shacham family through one of their volunteers and took action.

“Karmey Chesed provided us with an urgently needed washing machine and solid, second-hand furniture,” Shacham gratefully acknowledged. “They have been helping us consistently for the past five years.”

Now living in the centrally located neighborhood of Yad Binyamin, Shacham is making about $1,500 per month working for the community council. “It is basically impossible to make ends meet on that sum,” he noted. “Karmey Chesed gets us through.”

Though the Israeli government provided some financial compensation for those expelled from Gush Katif, the money ironically went towards paying off the mortgages of the homes which were destroyed in the unilateral disengagement.

“It is a shame that the Israeli government hasn’t done more for those who used to live in Gush Katif,” continued Shacham to Breaking Israel News. “I thank God everyday for the help we receive from Karmey Chesed and the people who donated their furniture to the organization. It  warmed our hearts and made us really happy.”