Pro-Trump Televangelist at Rally: Bernie Sanders Has “Got to Meet Jesus” [VIDEO]

Home » Pro-Trump Televangelist at Rally: Bernie Sanders Has “Got to Meet Jesus” [VIDEO] 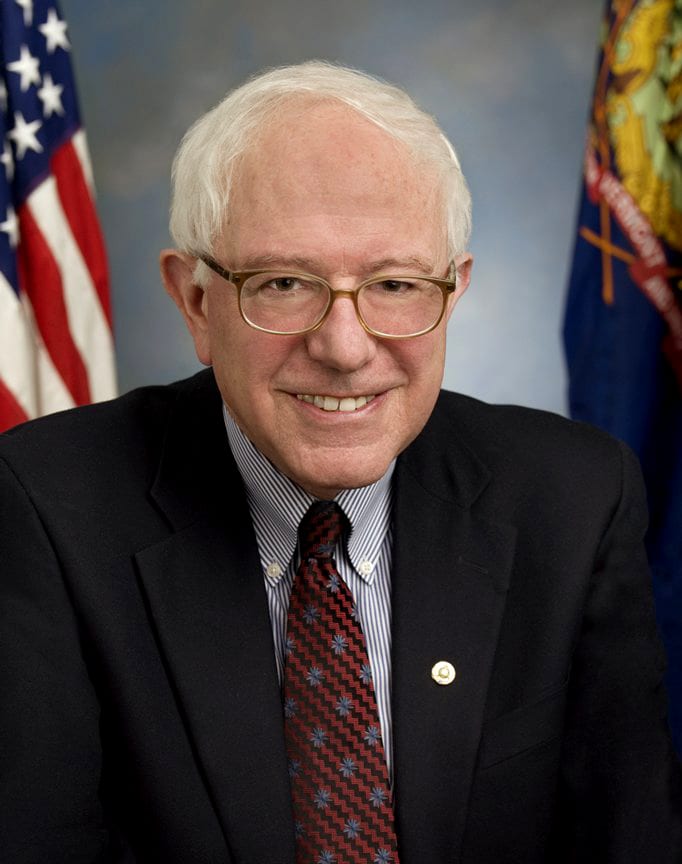 At a Donald Trump campaign rally held in North Carolina on Monday, speaker Pastor Mark Burns advocated for the “saving” of Democratic rival Bernie Sanders, who is Jewish, saying that Sanders has “got to meet Jesus”.

Speaking to an impatient crowd awaiting a delayed Trump, Burns, a televangelist, praised Trump – whom he referred to as “our great leader” – and spoke disparagingly of the two Democratic candidates, calling Hillary Clinton a liar who “needs to go to jail” and Sanders an atheist who needed to be saved.

“Bernie Sanders, who doesn’t believe in God, how in the world are we gonna let Bernie – I mean really?” Burns asked in disbelief. “Listen, Bernie gotta get saved, he gotta meet Jesus … he gotta have a coming-to-Jesus meeting.”

His assertion quickly drew attention from the media and anger from the Jewish community. Burns later defended his remarks on CNN, saying that his intention was not to attack Sanders’ Judaism but the fact that he “is most definitely not a religious-minded individual.”

He added that he had no problem with Judaism or the idea of a Jewish president, stating, “Obviously, if he was ever elected president he would be the first non-Christian, and that’s not an issue that he is not a Christian, so to speak, so this is not anything bad about the Jewish people.”

While Sanders has been criticized for not emphasizing his Judaism more strongly on the campaign trail, he has changed tactics in recent weeks, announcing at one debate, “I’m very proud of being Jewish. And that’s an essential part of who I am as a human being.”

Sanders, who is secular, has said that his religious beliefs boil down to a maxim embraced by “every great religion in the world”, including Christianity, Judaism, Islam, and Buddhism: do unto others as you would like them to do unto you.

The ancient Biblical concept was first expressed in the book of Leviticus, in which God commands the Israelites to “Love your neighbor as yourself”, and expanded upon by Hillel, one of Judaism’s greatest sages, who taught, “What is hateful to you, do not do to your fellow: this is the whole Torah.”

“It is profoundly un-American to use a campaign platform to denigrate and demean the faith of a candidate for president,” said Rabbi Jack Moline, head of the Interfaith Alliance and a former director of the National Jewish Democratic Council, in a statement.

He added that the assertion was especially inappropriate coming from a religious leader. “It is unbecoming of a member of the clergy to [demean the faith of a candidate] when these rallies have increasingly resulted in violence toward religious and racial minorities,” he said.

Protests and violence have increasingly marred Trump’s campaign as rally after rally sees physical altercations between Trump supporters and protesters, who are aggressively thrown out of campaign events. Both Bernie Sanders and Hillary Clinton have accused Trump of inciting and encouraging violence from the podium.