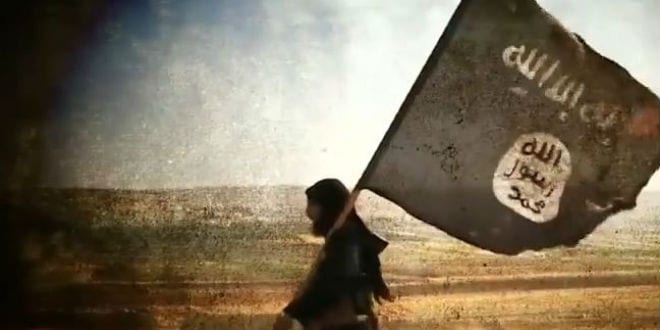 A disgruntled ISIS militant has stolen and leaked tens of thousands of documents, containing about 22,000 names, addresses, telephone numbers and family contacts of Islamic State jihadis, to Britain’s Sky News.

The turncoat, identified as Abu Hamed, is a former Free Syrian Army member who had joined ISIS but become disillusioned, said Sky News, leading him to leave the violent terror group – but not before stealing a memory stick from the head of ISIS’s internal security police. Hamed handed the drive over to a journalist in a secret location in Turkey.

The drive contained thousands of “registration forms” which the organization’s recruits filled out before they could be “accepted” into ISIS. Information on the forms, made up of 23 questions, included blood type, mother’s maiden name, and “level of Sharia understanding”, as well as addresses and phone numbers of family members.

Verifying that at least some of the documents were legitimate, the names of several known jihadis were found on the drive. Among those named were Reyaad Khan, a British national who joined ISIS in 2013, who appeared in an ISIS propaganda video before being killed, and Abdel Bary, a Londoner and former rapper, who also joined in 2013, along with several others.

Hamed believes that the information on the drive could bring ISIS down if it found its way into the right hands. It will almost certainly help security and intelligence officials stop terror attacks before they can occur, as it reveals the identities of a number of previously unknown militants located in the US, Canada, the UK, northern Europe, the Middle East, and North Africa.

“It shows how ISIS is vulnerable to its own people turning against them,” he explained, adding that a better understanding of how would-be ISIS recruits travel to join the terror group will help counter-terrorism forces stop them.

Hamed also gave over other insider information about ISIS, telling Sky News that the group had left its headquarter city of Raqqa and was moving into the desert. He also said that former soldiers from the Iraqi Baath party – that of Saddam Hussein – were taking over the ranks.

Olivier Guitta, managing director of GlobalStrat, an international security firm, told AFP that the leak shows there are “dissenting voices within the ranks”.

“Like in any large organization, there will be fights for power and one could see down the road a potential breakup of IS into various factions,” he said.