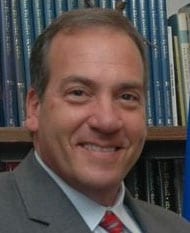 For the first time, the International Fellowship and Christians and Jews, in partnership with the Israeli Christian Recruitment Forum (ICRF), will bestow academic scholarships on 40 Christian IDF soldiers, with the goal of enabling them to take advantage of Israel’s advanced higher learning institutions and ultimately helping them integrate into Israeli society.

Rabbi Yechiel Eckstein, founder and president of the Fellowship, and Father Gabriel Naddaf, head of the ICRF, said that they hope that the scholarship program will ease the transition of younger members of the Christian community into mainstream Israeli society, help close socio-economic gaps, and give more Israeli Christians the opportunities that come with higher education.

Since Christians are not required to serve in Israel’s military, all of the Christian recruits are volunteers eager to do their part to defend their country. Eckstein and Naddaf believe they should be entitled to every benefit in return.

“We believe that every Israeli citizen deserves equal rights and opportunities in all areas of life, while on their part they provide an active share and contribute to Israeli society,” said Eckstein, the Jerusalem Post reported.

His organization and Naddaf’s work together in the Israeli Christian community to encourage its members to serve in the IDF, a project which has grown steadily in recent years. Eckstein said he was happy to see that “more and more young [Christians] are choosing to integrate into society and even serve in the IDF and national service”.

There is Biblical precedent for gentiles aligning with Jewish forces. Yael, a member of the Kenite clan, famously killed Sisera, the commander of the Canaanite army, thereby giving victory to the army of Israel and delivering its people – an action for which she was blessed in the Book of Judges.

Naddaf called the scholarship program “a message to the whole world, that two religious leaders from different religions can lead a change in society where they live and work through cooperation.” He also thanked Eckstein for supporting the ICRF.

The Christian leader founded the Israeli Christian Recruitment Forum in 2012. In its first year, the ICRF helped to enlist 40 Christian soldiers. By 2014, it had more than doubled its numbers in an upward trend that continued into last year. The ICRF is part of a larger effort by Naddaf to change the perceptions surrounding Israel’s Christian population and help its members become Israeli Christians, rather than aligning with the Arab population.

“Calling them ‘Arab Christian’ puts them on the side of Palestinians and terrorists, when in reality they’ve lived in Israel for generations and just want to live in peace and security,” Naddaf explained in December of last year at a Christmas celebration honoring several soldiers.

Full integration into Israeli society “begins with the youth and continues in enlistment in the IDF or national service and paves the way towards studies in higher education institutions and integration into the workforce. We are there every step of the way in order to encourage, strengthen, and support,” said Naddaf of the scholarship program.

The 40 scholarships will be presented to the IDF soldiers and soon-to-be students on Thursday at the Greek Orthodox Church in Yafa Inman-Naseriyye, an Arab local council located near Nazareth.