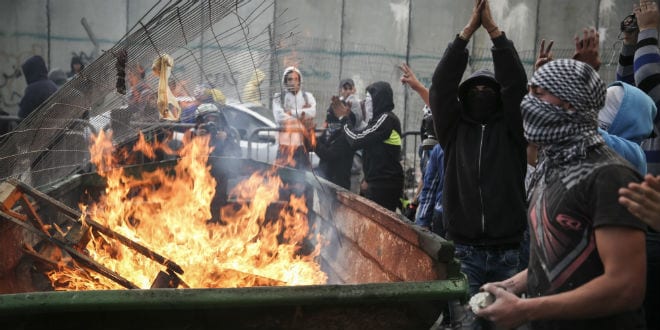 A new study published by the Pew Research Center reveals strong social divisions between Jewish Israelis, uncovering some fascinating positions on intermarriage, separation of church – or in this case, synagogue – and state, and how Israel should deal with its Arab residents. The Jerusalem Post reported on the recently released study, which is the first Pew study ever done which is devoted exclusively to Israel.

The two most interesting reveals were that there is a surprisingly high level of support for incorporating Jewish laws and values into governmental activity, and that almost half of all Jewish respondents (48 percent) favored transferring or expelling Israel’s Arab population.

The poll sorted its statistics by socio-religious divisions, noting Jewish respondents were categorized as secular, traditional, religious-Zionist or Haredi (ultra-Orthodox). The poll, which questioned 5,601 Israelis over the age of 18 face-to-face, in Hebrew, Arabic or Russian, also included non-Jews. Responses were collected between October 2014 and May 2015.

While many analysts pointed to the gaps between the different Jewish sectors, the vast majority – 77 percent – of Israeli Jews agreed on one thing: belief in God. 50 percent of respondents said they believed in God with “absolute certainty”, and 27 percent believe with less certainty.

Of the non-Jews surveyed, 79 percent of Israeli Christians and 84 percent of Israeli Druze professed a belief in God with “absolute certainty.” Israeli Muslims, however, were not asked if they believed in God due to cultural sensitivities.

When it comes to separation of religion and state, it appears Israelis take a very different view than their American counterparts. Roughly a third, or 36 percent, of Israeli Jews feel the government should actively promote religious values, and a quarter feel that Torah law should trump democracy when the two clash.

Additionally, while 24 percent overall said Jewish law should take precedence over democracy in cases of conflict, the notion was supported by 89 percent of Haredim, 65 percent of religious Zionists and 23 percent of traditional Israelis. Meanwhile, 89 percent of secular Israelis preferred democracy over Jewish law.

The most universally valued Jewish characteristic was Holocaust remembrance, with 67 percent saying it formed an essential part of what being Jewish meant to them. Other key factors included observing Jewish law (35 percent), living in Israel (33 percent), working towards justice (27 percent), eating Jewish foods (18 percent), and being intellectually curious (16 percent).

Jewish religion was important or somewhat important to 56 percent of respondents. The survey revealed that the amount of Jewish Israelis practicing traditional Jewish rituals and celebrating holidays is high across the board. The Passover seder was the most universally observed ritual, with 87 percent of secular people, 97 percent of traditional Israelis, 99 percent religious Zionists and 100 percent of Haredi respondents taking part.

Among secular Jews alone, one third of all Jewish Israelis said that they observe kosher laws at home, and over half reported lighting Shabbat candles always or sometimes. Eighty percent of secular Israelis said they lit Hanukkah candles, and 30 percent said they fasted the entire day of Yom Kippur.

The numbers were even higher when including all Jewish sectors. The study found that the majority of Israeli Jews light Shabbat candles every week, keep kosher inside and outside the home, and fast on Yom Kippur. 82 percent do not eat pork.

Additionally, 79 percent said Jews should receive preferential treatment in Israel, though the poll did not specify what that advantage should be. This attitude was more prevalent among the more religiously observant sectors, with 97 percent of Haredim, 96 percent of religious-Zionists, 85 percent of traditional Israelis and even 69 percent of secular Israelis expecting Israel to treat them better than their non-Jewish neighbors.