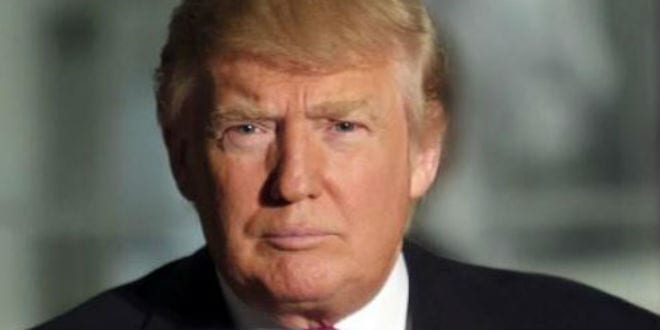 Republican presidential candidate and businessman Donald Trump—whose latest media buzz centers on his comment at Thursday night’s GOP debate that there is “no problem” with the size of his hands, or anything else—drew the ire of the Jewish community by comparing white supremacist groups to Jewish organizations.

Trump made the remark in the context of the ongoing controversy surrounding whether or not the business magnate chooses to disavow endorsements from white supremacist leaders, such as the recent endorsement of Trump by former Ku Klux Klan leader David Duke.

“I don’t like to disavow groups if I don’t know who they are. I mean, you could have the Federation of Jewish Philanthropies in ‘groups,’” Trump said on MSNBC’s “Morning Joe” program.

Jonathan Greenblatt, CEO of the Anti-Defamation League, called it “obscene to even mention a Jewish organization in the same breath as these white supremacist groups. Mr. Trump needs to acknowledge that the rhetoric of these hate groups is appalling and does not belong in any political discussion.”

“It is hard to fathom how we can have a candidate who can be so verbose when it comes to denigrating other candidates, yet he finds himself tongue tied when it comes to the most racist and anti-Semitic group in the history of this country,” Greenblatt said, the Forward reported.

Yet amid Trump’s continued rise in the GOP race, “even though most of the media, including Fox News, fear a Trump presidency and make fun of his style and arrogance, they cannot ignore him,” wrote Arik Puder, a leading media strategist in North America and Israel who has served as a spokesperson and/or media advisor for Israeli politicians, in an op-ed for JNS.org.

Trump, wrote Puder, has “led in the polls for months, dominated Super Tuesday, and is bottom line the best show in town. Cable TV stations like CNN are seeing YUGE (in Trump lingo) ratings spikes. Everybody wants to know what Trump will have to say—whether they agree or not. Further, Trump’s candidacy has generated an internal debate in the U.S. press. While many abhor his message and feel that frequent coverage only encourages the demagogue, they recognize that Trump means big headlines and better TV ratings.”

Puder added that in Israel, Trump is seen by many “as the most ‘Israeli’ presidential candidate America has ever had. All of the things that many observers in America criticize him for—being aggressive, arrogant, blunt, loud, stubborn, argumentative, confrontational, and so on—are all attributes many Israelis admire and see in themselves.”