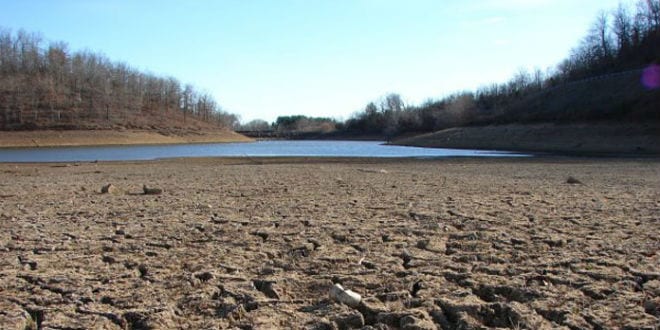 A recent study by NASA has determined that the recent 14-year drought in Israel was the worst in 900 years, and that it may have been man-made. Even more disturbing are conjectures that it may have been a leading factor in the devastating outbreak of civil war in Syria that has led to over 300,000 deaths and the exodus of millions.

The study was led by Ben Cook, a climate scientist at NASA’s Goddard Institute for Space Studies and the Lamont Doherty Earth Observatory at Columbia University in New York City. He expressed his belief that this recent drought that lasted from 198 until 2012 was partially influenced by the affect of humanity on the environment.

“If we look at recent events and we start to see anomalies that are outside this range of natural variability, then we can say with some confidence that it looks like this particular event or this series of events had some kind of human-caused climate change contribution,” he said in a statement to the media.

NASA researchers determined this by observing the rings of trees in several countries in the region. In order to get a picture of the entire Mediterranean, the study included samples from Northern Africa, Greece, Lebanon, Jordan, Syria, and Turkey. They also studied previous records from Spain, southern France and Italy.

Studying the rings displayed in a cross section of a tree is a simple tool used by scientists to determine the history of the weather. Thicker rings represent more growth in a year that had better growing conditions, including more rain. Thinner rings are usually a result of drought.

The study also indicated that these weather phenomena are not local, and there seems to be a correlation to the weather in Western Europe. Kevin Anchukaitis, co-author of the study and climate scientist at the University of Arizona in Tucson, said this to the media.

“Both for modern society and certainly ancient civilizations, it means that if one region was suffering the consequences of the drought, those conditions are likely to exist throughout the Mediterranean basin,” he said.

Last year, researchers at Columbia University and the University of California Santa Barbara found that drought triggered a collapse in agriculture in Syria and the migration of 1.5 million farmers to the cities, straining resources. They also concluded it played a role in bringing on the 2011 civil war in Syria that has claimed the lives of over 300,000 people.

In an article in 2015 in the Proceedings of the National Academy of Sciences, it was concluded that the drought played a large role in the Syrian conflict that led to the mass exodus of millions of Syrian refugees.

“There is evidence that the 2007-2010 drought contributed to the conflict in Syria. It was the worst drought in the instrumental record, causing widespread crop failure and a mass migration of farming families to the urban centers. … For Syria, a country marked by poor governance and unsustainable agricultural and environmental policies, the drought had a catalytic effect, contributing to political unrest.”

The results are to be published in the Journal of Geophysical Research-Atmospheres, a publication of the American Geophysical Union.

The findings have led many to consider divine intervention in mundane matters such as the weather. Even CNN, when reporting on the NASA findings, quoted the Bible, citing the Prophet Hosea who said, “They that sow the wind, shall reap the whirlwind”.