Arab States Turn on Hezbollah, Labeling it a Terrorist Organization 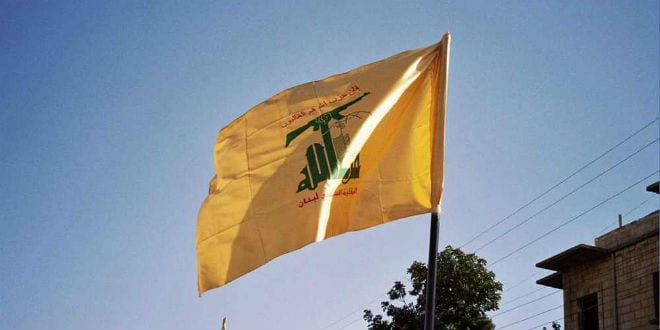 Six Gulf nations, under the leadership of Saudi Arabia, blacklisted Lebanon-based Hezbollah as a terrorist organization Wednesday, The Times of Israel reported. The Gulf Cooperation Council (GCC) decision comes less than two weeks after Saudi Arabia announced it was cutting $4 billion in aid to Lebanese security forces and encouraged its citizens to leave the country.

According to GCC Secretary-General Abdullatif al-Zayani in a statement, the declaration is a response to hostile acts carried out by Hezbollah within the member states. The designation applies to the militant group as well as all its leaders, factions and affiliates.

Among the accusations levelled by al-Zayani against Hezbollah are seeking to recruit members within the GCC to carry out terrorist acts, smuggling weapons and explosives, and incitement to sow disorder and violence. These activities, carried out in GCC states as well as Syria, Yemen and Iraq, “are incompatible with the values and moral and humanitarian principles and international law, and pose a threat to Arab national security,” he said.

The Shiite Hezbollah organization is closely allied with Syria and Iran, the latter of which is embroiled in a bitter political rivalry with Sunni Saudi Arabia. Tense relations became aggravated when Saudi Arabia executed Shiite cleric Nimr al-Nimr in January. Diplomatic ties were severed after Iranian protesters set fire to the Saudi embassy and another diplomatic mission in Iran.

Prior to the Hezbollah designation, the group’s leader, Hassan Nasrallah, criticized Saudi Arabia for what he considered punitive measures against the Lebanese people.

“Who gives Saudi Arabia the right to punish Lebanon and its army and Lebanese people living in Saudi Arabia and the Gulf just because Hezbollah is speaking out? We urge Riyadh to settle accounts with Hezbollah and not all the Lebanese,” he said.

Nasrallah went on to accuse the Saudis of sowing strife between Shiites and Sunnis everywhere.

This is not the first step Saudi Arabia has taken against Hezbollah. In 2014, it marked a Saudi affiliate of the Lebanese group as terrorists, along with the Muslim Brotherhood, al-Qaeda, Yemen’s Shiite Houthis and other groups. The United Arab Emirates, another GCC member, had also previously blacklisted its local Hezbollah affiliates.

The Biblical tribe of Levi was praised by Moses for standing up for what was right, turning even on their own family members who had sinned. Perhaps the Gulf states are taking a page out of their books.