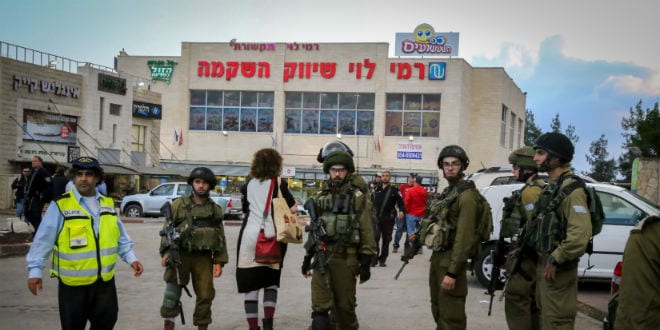 Israeli Prime Minister Benjamin Netanyahu said Wednesday that he was continuing to seek legal means to deport the families of terrorists from the West Bank into Gaza, The Times of Israel reported. This despite a ruling last week by Attorney General Avichai Mandelblit indicating such expulsions would contravene Israeli and international law.

The recent wave of terror attacks which have claimed the lives of 29 Israelis and three foreign nationals since October has been predominantly carried out by independent “lone wolf” attackers, or individuals sympathetic to, but not acting under the direction of, larger terrorist organizations. As such, it has been a difficult phenomenon to combat. Netanyahu and others on the political right believe deterrence is the greatest weapon the state can employ against such terrorists.

In a letter from Netanyahu to Mandelblit, seeking the latter’s legal opinion, the Prime Minister wrote, “Many terror attacks in recent months were carried out by terrorists who fit into the profile of ‘lone attackers.’ These attackers come from families that support and assist their actions.

“I am requesting your legal opinion regarding the possibility of expelling family members that support terror to Gaza,” Netanyahu continued. “I am convinced that such a measure will lead to a significant decrease in the number of terror attacks against the State of Israel, its citizens and its residents.”

Mandelblit, who took office last month, had been asked last week by members of Netanyahu’s Likud party, including senior ministers, to allow the expulsions, but he rejected the request. It is an issue that has been raised repeatedly in cabinet meetings in recent weeks, according to Army Radio. A source present at the meetings claimed only Mandelblit’s objections have prevented the measure from being enacted.

Speaking at a Likud faction meeting last Thursday, Netanyahu outlined the obstacles blocking the implementation. “We have not managed to bring about the deportation of attackers’ families. We cannot do this because the courts define this as a war crime. That is how it is defined in the Geneva Conventions, etc.

The Palestinian population in the West Bank is under the control of the Palestinian Authority (PA), while Hamas rules in Gaza. In addition to the expected hardship of being forced from one’s home, freedom of movement between the two territories, as well as into Israel, is severely restricted, making the threat of deportation a powerful deterrent. Other deterrents currently in use include home demolitions, closing off the hometowns of attackers and revoking work permits.

As the Bible teaches, it is unwise to keep a dangerous population in your midst.