Trump Dominates on Super Tuesday – But Will Jewish Republicans Back the Donald?

Home » Trump Dominates on Super Tuesday – But Will Jewish Republicans Back the Donald? 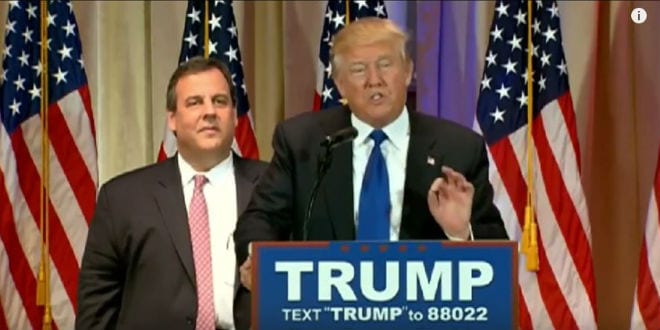 Donald Trump and Hillary Clinton were the clear victors on Super Tuesday, with each winning seven of the ten states voting to determine the 2016 election nominees. But as Trump makes enormous strides towards the Republican party nomination, many members of the GOP are drawing back from supporting him – especially Jewish ones.

For many Jewish Republicans, Trump’s strange stance on Israel – which he refused to state, unequivocally, that he supported, saying instead that he would “remain neutral” on the Israel-Palestine question – and his recent reluctance to condemn white supremacist leader David Duke raise grave concerns that a Trump presidency would not be good for the Jewish state – or American Jews.

The incident with Duke troubled many. When, after Duke – the former Grand Dragon of the Ku Klux Klan – endorsed the billionaire, Trump was asked to categorically denounce him, but refused to give a straight answer. He responded instead, “I don’t know. I don’t know – did he endorse me, or what’s going on? Because I know nothing about David Duke; I know nothing about white supremacists.”

He then said he would not condemn any group without knowing more about it, including the KKK, saying, “You may have groups in there that are totally fine, and it would be very unfair.”

Trump has also earned the praise of anti-Semitic Nation of Islam leader Louis Farrakhan, who credited Trump with not taking money from Jews – a group which he said “control the politics of America” – to fund his campaign.

Trump, said Farrakhan in a Chicago sermon, is “the only mem­ber who has stood in front of Jew­ish com­mu­nity and said, I don’t want your money. Anytime a man can say to those who con­trol the politics of Amer­ica, ‘I don’t want your money,’ that means you can’t con­trol me. And they can­not afford to give up con­trol of the pres­i­dents of the United States.”

Trump’s inability to commit to supporting Israel in office and his reluctance to condemn known anti-Semites have raised questions for conservative Jewish thinkers, but they are not the only group of Republicans who object. Trump’s policies have not always toed the Republican party line. He has previously endorsed abortion rights and spoken in favor of trade tariffs, both opinions which Republicans reject.

Robert Kagan, a Brookings Institute fellow, wrote in the Washington Post last week that Trump was the GOP’s “Frankenstein’s monster, brought to life by the party, fed by the party and now made strong enough to destroy its maker.”

He came to a dramatic conclusion, writing that if Trump wins the nomination, “the only choice will be to vote for Hillary Clinton. The party cannot be saved, but the country still can be.”

Jonathan Tobin, editor of the Jewish conservative online magazine Commentary, said that many Jewish Republicans disagree with Trump simply on basis of policy, and that he doubts the demographic would vote for Trump.

“There are the Jewish Republicans who are focused on foreign policy, on economic policy – the sense among that group is that Trump doesn’t speak for them,” Tobin said, reported the Times of Israel. “And the question is, if he is the nominee – and right now it looks like it – will they vote for him. And I suspect a lot won’t.”

William Kristol, a noted neoconservative political analyst and editor of the online magazine The Weekly Standard, wrote an editorial on his website this week challenging Republicans to reject Trump. The real estate mogul is “a proud defender of greed, an unabashed indulger in adultery, a wanton mocker of the meek (the ‘losers’) of this world,” wrote Kristol.

“Surely it’s worth fighting to save a respectable political party, an admirable political movement, and a great country from a charlatan and a demagogue,” Kristol concluded.

The Emergency Committee for Israel, which Kristol founded and chairs, released a video on Sunday with a stark anti-Trump message. Entitled “Trump Loves Dictators”, the video shows clips of Trump speaking favorably about various despots, including Saddam Hussein, Bashar Assad, and Vladimir Putin.

When asked on CNN, “[Do] you think the world would be better with Saddam Hussein and Qaddafi in power?”, Trump responds, “A hundred percent!”

“How can Trump make America great when he’s kissing up to anti-American dictators?” the video concludes.

The Bible commands, “Choose for your tribes wise, understanding, and experienced men” (Deuteronomy 13:1). It seems that many Jews are questioning whether or not Donald Trump fits the description.