[BLOG] Jerusalem, If I Forget Thee 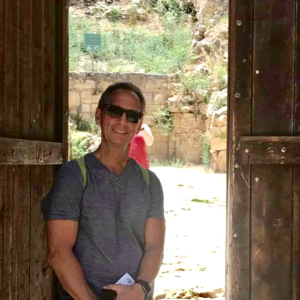 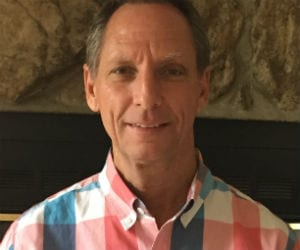 As an atheist, I never thought much about Judaism or Israel. I identified with Jewish traditions, but that was about the extent of my connection. Raised as a non-observant secular Jew, I had been stuck in religious limbo. The fact that my mother was from a Catholic background made me feel somewhat like a “half-breed”.

I sensed that I didn’t really fit in anywhere.

Since I had never believed in God, I discarded religion. To be honest, I despised religion, which I considered to be contrived by cultures of superstitious people. But I decided to research the Jewish people and my heritage. The more I learned, the more I identified with my Jewish roots and, consequently, with the modern state of Israel.

A Hot and Dusty Land

In 1989, Lisa and I decided to make a trip to Israel. Not my first choice—I really wanted to go to Cancun and lie on a white sandy beach beside turquoise blue waters under the rays of a tropical sun. Lisa, however, had her heart set on a pilgrimage to the Holy Land. I had no desire to go there. When I thought of Israel—although I knew it was the land of the Bible—I had visions of hot, dusty, desert country, primitive and even dangerous.

Another dynamic at work at that time was my father’s deteriorating health. Recently diagnosed with inoperable lung cancer, the disease had already spread beyond remedy. The doctors were unsure how much time he had left, but they estimated about fourteen months or so. Having discussed my dad’s situation with my mother, we were reassured that he was feeling reasonably well, so off we went.

From the moment the plane landed, something inside of me clicked. As our bus lumbered along the road adjacent to the plains of Ayalon where Joshua pursued the Amalekites, as Malcolm, the tour guide, shared with us, I felt an instant connection with this tiny nation. As I walked the path of the patriarchs, David, Solomon, and the prophets, I began to feel that I belonged here—that their blood ran in my veins and that this Land was my inheritance.

“Jerusalem, if I forget thee, may my right hand lose its skill, may my tongue cling to the roof of my mouth.  If I do not remember you,  if I do not consider Jerusalem my highest joy.” (Psalms 137:5-6)

I believe this is how God feels about His Land. Embedded in these words is the inexplicable desire to remain in this tiny, profoundly historical, blood-soaked spot that God has proclaimed as His eternal dwelling. The more I explored this Land, the more I felt His presence, felt my spirit drawn there.

As for the barren desert terrain? Every grain of sand is holy.

While touring Cana, we were tracked down by the U.S. Consulate. We were told that my father had taken a turn for the worse and had been placed in hospice care. We had a week left in Israel, but when I called my mother, she assured me that my father would live another two or three weeks, and that he insisted we complete the trip. Something in my spirit changed; I felt like I was living on borrowed time, and thereafter, every moment of every day in this Land was that much richer.

I never saw my father alive again. We were told that he had died at the exact time our plane had lifted off from Ben Gurion Airport.

On that journey, something was stirred in our souls, and the desire to make aliyah (the Hebrew word meaning “ascension,” which is used when one immigrates to Israel) was now in the forefront of our daily thoughts. The more than seven hundred prophetic Scriptures about the Jewish people returning to Israel were illumined to us, and we read with new eyes:

We began to plan our aliyah in earnest. At the time, we had no contacts, no friends or family in Israel. Furthermore, we had limited resources, and there were decisions that had to be made about when and where to settle. Also, we primarily spoke English and knew very little Hebrew (although I did remember some basics from Hebrew school). On top of all that, the Gulf War was raging. But by March 1991, and against all odds, every obstacle had been overcome.

On April 15, 1991, we said goodbye to our friends and family in the U.S., and landed nineteen hours later at Ben Gurion Airport, Tel Aviv, where our friend, Mark, was waiting to meet us. After spending about a month in Ashkelon and Haifa, we felt led to Jerusalem.

We found a lovely apartment, in an area close to Jerusalem’s center. Our upstairs neighbors were an elderly couple who had a fascinating story. They had fled from Transylvania, part of the last clandestine aliyah just before September 1, 1939, when Nazi Germany attacked Poland, triggering World War II.