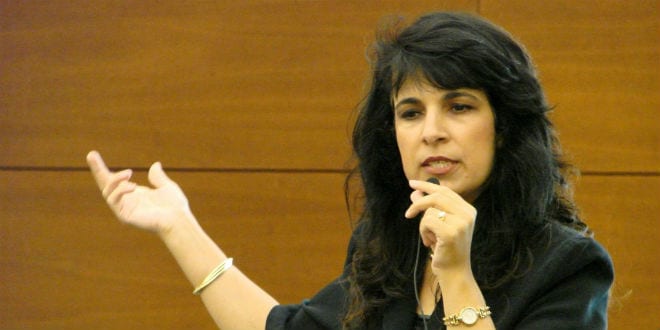 The Israel Law Center (ILC) has just won a major court victory in Rubin v. Iran in the California 9th Circuit Court of Appeals, seizing $9 million from Iran for damages and injuries stemming back to a 1997 terrorist attack.

In 1997, Hamas operatives carried out a triple suicide bomb attack at Jerusalem’s busy Ben Yehuda pedestrian mall, killing five and injuring some 200 others, including American citizens. In 2001, aided by the Israel Law Center – Shurat HaDin (ILC), an Israel-based civil rights organization combating terrorist organizations and the regimes that support them, several of the injured parties and their families sued Iran, a known state sponsor of terror and supporter of Hamas.

The plaintiffs, Diana Campuzano, Avi Elishis, Gregg Salzman, Jenny Rubin, Daniel Miller, Abraham Mendelson, Stuart Hersh, Noam Rozenman and their families, were awarded a judgment of $242 million. The trouble was, there was no way to collect.

Efforts to attach Iranian property in the US, most Persian notably artifacts held in museums across the country, failed, as Iran successfully argued such relics were exempt. The ILC sought, via many avenues, to identify other assets to be seized.

The answer lay in another case, this one brought by Iran against an American defense contractor.

Prior to the Iranian Revolution, American weapons manufacturer Cubic Defense entered into a multi-million dollar deal with then-American ally Iran. Payments began, and Cubic collected a total of $12 million before the Revolution brought heavy US sanctions against Tehran.

The weapons system was never delivered, and Iran eventually brought Cubic to arbitration for return of payments, with interest. The Islamic Republic won $2.8 million, which was deposited with the Southern District of California, but never released to Iran due to said sanctions. Today, the funds held by the San Diego court total some $9.4 million including interest.

A couple of years ago, the plaintiffs in the Ben Yehuda case laid claim to the Cubic money, but Iran appealed. In Friday’s historic ruling, the court upheld the original decision to deny Iran access to the Cubic money.

The plaintiffs were represented by attorneys David Strachman of Rhode Island and Nitsana Darshan-Leitner of Tel Aviv. Darshan-Leitner, who is president of the ILC, is pleased with the results. “This is an historic court ruling against Iran,” she said in a press release. “While governments around the world, including the Obama administration, are falling over themselves trying to throw money at the outlaw regime in Tehran, these families of the victims are still fighting to bankrupt this state sponsor of terrorism.

“The Islamic Republic needs to understand that these court judgments have not been canceled and that the terror victims will continue to pursue them in legal forums all over the world.  The families are demanding justice against those that devastated their lives. They don’t forgive, and they aren’t going to forget, either.”

Terror victim and plaintiff Stewart Hirsch added, “This is a great victory of justice for the families. I will not be the same person as I was before the attack, when a suicide bomber blew himself up not far from me. But the money that we will receive will enable me to improve my quality of life and receive all the medical treatment that I still need today.”

As the Psalmist teaches, the enemies of Israel may gather together to bring her down, but God will “fill their faces with shame” (83:17).