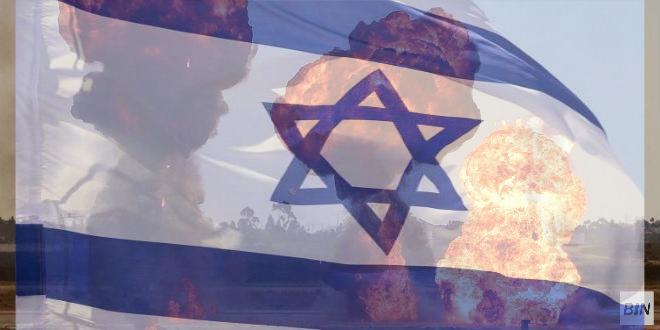 The Middle East is in turmoil.

Hezbollah, Russia and Syria are cooperating to keep Assad in power. The US is trying to prop up the rebels who are working to bring Assad down. Turkey is shelling in Syria’s largest city of Aleppo. Late last month, the Muslim Brotherhood called for “a long, uncompromising jihad” to bring down Egypt’s President Abdel Fattah al-Sisi. ISIS is spreading throughout Iraq and Syria on their march to world domination.

Last week, Jerusalem-based rabbinic scholar and prolific author Rabbi Nachman Kahana opened his weekly Bible commentary with these words: “One needs a scorecard to keep track of the sides and the initiatives of what is now transpiring in the Arab Gehennom (Hell) of the Middle East.

Everywhere you look, pandemonium reigns in the Middle East.

Although Israel is experiencing car rammings and knife stabbing terror attacks, the difference is significant. The struggle within Israel is with individual terrorists. The country is not the target of wholesale military efforts by neighboring Arab countries. In fact, by and large, the Israeli people are resolute, not cowed by terror, and the country as a whole continues to prosper.

Rabbi Kahana draws a bigger picture of what’s going on outside of Israel. “Syria, the rebels, the US, Russia, the Gulf States, Turkey, Egypt, Iran, Hezbollah, the Kurds – everyone against everyone in a free-for-all of murder for religious, political and economic interests but in total disregard of the others’ interests. However, there is complete agreement on one single item – Israel. Ironically and miraculously, and despite all the bloodshed, none of them has lifted a hand or a bullet against the Jewish State.”

Reminiscent of the protection God provided for the Children of Israel as they wandered for 40 years in the desert, Rabbi Nir Ben Artzi, a mystical rabbi from Southern Israel who is known for his prophetic messages, also wrote last week about how Israel remains largely unscathed, despite the chaos that surrounds her.

Speaking to Breaking Israel News, Rabbi Kahana suggested turning to the Book of Ezekiel, chapter 32, to find a way to understand the relative peace in Israel while countries at every border are inflamed. In his book With All Your Might, Kahana illuminated the obscure passages in Ezekiel 32 with help from the Malbim, a well-known 19th century Biblical commentator.

The Malbim explains that the prophecy of Ezekiel is relevant in our time. “It will come to pass in the end of days, after the Jewish people will return to the land of Israel.” He goes on to name all the Biblical nations who will come to the region “to attempt to capture the Land of Israel from the Jews.”

The Malbim then connects Ezekiel’s prophecy to what we read in today’s headlines.

“But when they arrive, they will create chaos among themselves and make war on each other… because their beliefs are different. And there God will judge them in sword and blood as stated by the prophet Zechariah, chapter 14. And here the prophet relates how they all will be lost… And between them will there be a war. The first to be utterly destroyed will be the Egyptians, who are the closest to the Land of Israel and will come forward first and fall. Then the Assyrians and Persians will come to avenge their ally and they all will be destroyed.”

“This is what the [Talmud] is referring to when it predicts that the miracles of the future will outshine the unbelievable miracles of the Egyptian exodus. We might be apprehensive and surprised at the unfolding of current events, but for the Prophet Yechezkel (Ezekiel) and the Malbim it is just a matter of time before these events become reality.

“However, it is a postulate in world events — those of our time and of times past — that they are all intended by Hashem (God) for the ultimate redemption of the Jewish nation. So there is no reason to fear, no matter what might seem to be the perils — because hakol be’ye’dei shamayim — it is all in God’s hands.”