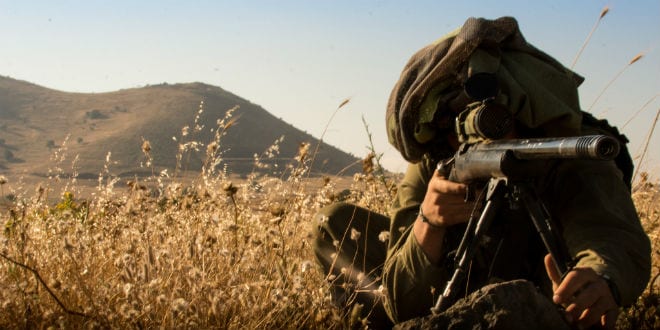 An improvised sniper rifle that was used in the attacks was confiscated during the arrest and interrogation of the suspects. Another weapon, which one of the brothers planned to use in future attacks, was also seized.

The sniper rifle was hidden by the two brothers inside a mosque in the city, but was taken out to carry out the attacks. The investigation further revealed that they made an improvised silencer out of an oil filter after learning how to do so from an internet video.

The interrogation revealed that the attacks committed by the two brothers included a shooting attack near the Tomb of the Patriarchs on November 6, 2015. Akram shot a group of worshipers from the window of an apartment owned by his father, wounding two Israeli civilians. After carrying out the attack, the brothers continued on to their cousin’s wedding.

Naser Badawi decided to carry out the attack following the death of a terrorist from Hebron who had carried out a car-ramming attack on the same day.

The brothers also shot and moderately wounded an IDF soldier on the same day. They noticed a group of soldiers near the Tomb of the Patriarchs and shot at them from the same apartment.