Netanyahu: Terror Attacks Motivated by Frustration Over Inability to Destroy Israel, Not Despair Over “Occupation”

Home » Netanyahu: Terror Attacks Motivated by Frustration Over Inability to Destroy Israel, Not Despair Over “Occupation” 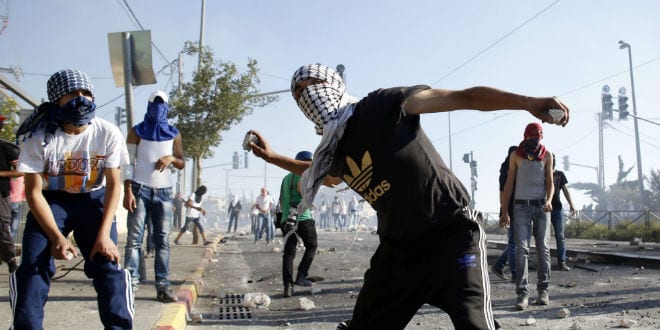 Speaking Sunday at an event in honor of late Israeli Prime Minister Yitzhak Shamir at the Menachem Begin Heritage Center in Jerusalem, Netanyahu blasted apologists, saying their attitude “exonerates the Palestinians from being responsible for their actions.” Arabs have attacked Jews, he said, “before the state was founded and afterwards, before there were territories and settlements and afterwards, when there was a peace process and when there wasn’t one.”

Netanyahu pointed a finger at incitement as the leading cause of Palestinian terror and violence. Even in the 1920s, attacks “started because of the claims of [Jerusalem’s grand mufti] Haj Amin al-Husseini, that the Jews were about to destroy the al-Aqsa Mosque and build the Third Temple in its stead. Sounds familiar? The incitement continues, and the waves of terror continue.”

The incitement continues, the paper noted, as Iran announced last week it would be offering financial aid to the families of Palestinians killed in the recent wave of attacks on Israelis and Jews. The Palestinian Authority (PA) responded by saying direct support would be unacceptable; all funds must be channeled through the PA.

Twenty-eight Israelis and three foreign nationals have been killed in the violence since October. During the same period, nearly 170 Palestinians have been killed, of which about two-thirds while carrying out terror attacks, the rest in clashes with security forces, the Israeli army said.

Israel has faced adversaries in the past whose primary aim has been to undermine Jewish self-determination. As far back as the end of the first exile, the book of Ezra notes that the enemies of Judah and Benjamin sought to prevent the returning Jewish population from rebuilding the Temple, writing letters to the Persian king to claim the Jews would rebel against his authority.