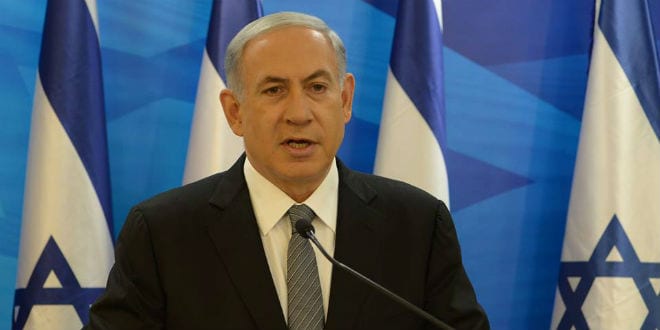 Prime Minister Benjamin Netanyahu cautiously welcomed on Sunday, February 28  the ceasefire that began in Syria on Saturday, February 27  between the Syrian government and a number of rebel groups.

“We welcome the efforts to achieve a stable ceasefire in Syria that is long-term and substantive,” Netanyahu said after the weekly cabinet meeting. “First and foremost, from a human vantage point, anything to stop the horrific killing there is important.”

Netanyahu, however, expressed the need to be prepared for any aggression against Israel from Iran.

“At the same time, it is important to be clear that any settlement in Syria must include an end to Iranian aggression against Israel from Syrian territory,” stressed Netanyahu.

Through Syria, Iran has supplied weaponry and support to Hezbollah, a Lebanese terrorist organization that has captured Israeli soldiers in the past and launched rocket attacks on Israeli territory. In that light, any Iranian transfer of advanced weapons to Hezbollah poses a national security threat to Israel. Israel also has concerns that Hezbollah is building up a base of operations in Syria.

“We will not agree to the supply of advanced weapons to Hezbollah from Syria and Lebanon,” added Netanyahu. “We will not tolerate the creation of a second terrorist front in the Golan.”

Israel’s absolute rejection of an additional terror front in Syria or Lebanon has been demonstrated by the number of alleged recent Israeli strikes on weapons transfers to Hezbollah, according to foreign reports.