[BLOG] My Poetry, My Judaism, and Me 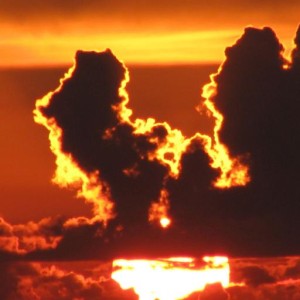 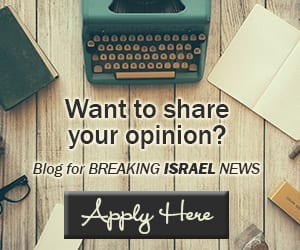 The Torah, the Hebrew Bible contains 613 mitzvot (commandments). The first one is found in Genesis 1:28, “Be fruitful and multiply, and fill the earth, and subdue it.” Throughout the sacred text, many more laws are revealed, covering aspects of everyday life, from proper clothing, to which foods one is allowed to eat, which holidays must be celebrated and when, as well as obligations not only to oneself and one’s family, but to the community as a whole and above all, obligations to HaShem.

Many people are familiar with the commandments surrounding Kosher eating, which pertain not only to food, but also to the ritual slaughtering of animals, in order to show reverence to HaShem and to render the least amount of suffering to the slain animal. I want to focus on not the first mitzvah in the Torah, but the last one, number 613, which states, “Now therefore, write you this song for me” (Deuteronomy 31:19). In wrestling with the meaning of this commandment, sages and commentators interpret this passage as meaning, “…the duty of every Jew to write himself, or have written for him, a Sefer Torah (Scroll of the Law).[i] The common understanding is that the fulfillment of this mitzvah entails a person actually and literally writing the entire Hebrew Bible, by hand, on sanctified parchment, letter-by-letter, in Hebrew, with no mistakes. For if there is even one error, one mistake, that parchment piece must be redone, as even one error renders that parchment piece unusable.

As a religious Jew living in the Disapora, I have often pondered how in the world I will ever be able to fulfill this mitzvah? Indeed, I was raised by secular parents in a reform Jewish household in the middle of Dallas, Texas and did not even learn to read one letter of Hebrew until I was almost twelve years old. And now, almost fifty years later, while I’m pretty good at (slowly) reading Hebrew, I’ve never learned to write Hebrew. And commissioning a Torah to be written on my behalf is a substantial investment, being around the order of US $70,000.

So how is a Jew like me to fulfill this final mitzvah? Searching the commentators, I came across this intriguing passage: “…This mitzvah does not limit itself to a Sefer Torah. It also includes the purchase of other religious books. The advice of hinnukh (education) is that a religious library should be a feature of every Jewish home.”[ii]

And so, like Jacob with the angel, I have wrestled with my own understanding and devised a way which I pray will fulfill the kavanah (intention) of this mitzvah. Because I am a religious person and also a writer, I decided to use my talents and creativity to help spread my love of Judaism in the most unlikely place—right here in Texas where the percentage of Jews relative to the larger population is estimated at less than 1%, 0.6% in fact, in 2014.

So I wrote a small poetry book, “There’s Jews in Texas?” which describes and explains the experience of growing up Jewish in the Diaspora, in the hopes of educating others to some of our rich traditions while at the same time, connecting with Jews and other minorities who experience anti-Semitism or discrimination based on their status as a minority. When I sat down to pick the poems for the book, almost half of the poems were written over the period of two weeks, as though I was on a fast-track to finish the book. Indeed, I entered the book in a national contest and to my surprise, I won first place. I am now invited and paid to talk in communities all over Texas, both Jewish and non-Jewish alike, sharing the incredible journey that this book has taken me on.

I’m not arrogant enough to think that much of this was my own doing. While it’s true that I’m a fairly good writer, I am sure that what keeps people coming back and asking me for more of my work are the messages imbued in the poetry, and these are messages of love of God, family, and community.

In closing, I leave you with this wonderful story, “The Talmud tells a story of Rabbi Hillel, who lived around the time of Jesus. A pagan came to him saying that he would convert to Judaism if Hillel could teach him the whole of the Torah in the time he could stand on one foot. Rabbi Hillel replied, “What is hateful to yourself, do not do to your fellow man. That is the whole Torah; the rest is just commentary. Go and study it.” (Talmud Shabbat 31a). Sounds a lot like Jesus’ “Golden Rule”? But this idea was a fundamental part of Judaism long before Hillel or Jesus. It is a common-sense application of the Torah commandment to love your neighbor as yourself (Lev. 19:18), which Rabbi Akiba described as the essence of the Torah (according to Rashi‘s commentary on the verse).

[i] Chill, Abraham, (2000), “The Mitzvot: The Commandments and their Rationale,” Keter Publishing House Ltd. And Urim Publications, Jerusalem, Israel, p. 495.