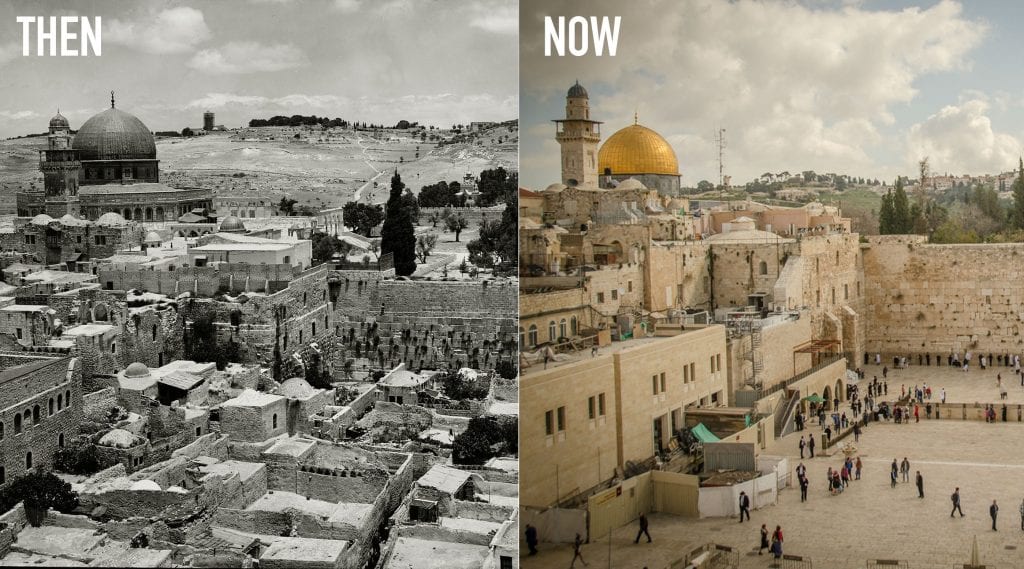 Devout Christian Doug Hershey, founder of Ezra Adventures, a program which arranges epic 10-day trips to Israel that combine humanitarian service projects with unique adventures in Israel, is on an even more compelling mission. Hershey is documenting, through magnificent photography, the prophet Ezekiel’s 2,600-year-old prophecies as they come to fruition today in Israel.

“Ezekiel foretold what would happen to the Jewish people and the Land of Israel in its totality,” shared Hershey to Breaking Israel News. “His prophecies, such as the ingathering of the exiles, the Holy Land only thriving under Jewish rule, and more are happening clearly in front of our eyes, yet much of the world is missing the miracle.”

With hopes of creating for posterity images that show Biblical predictions coming to life, Hershey is about half way done with producing this very special book. Called “Ancient Prophecy/Modern Lens: The Land of Israel Reawakens”, the book includes Ezekiel’s prophecies along with side-by-side antient and modern photographs of the Holy Land. This provides a visual presentation of the country’s historic changes.

“We have a collection of 100-year-old photographs of the Holy Land, many of which are unknown to the public,” said Hershey to Breaking Israel News. “A team of experts is traveling through Israel and professionally taking pictures of the same regions from the same angle in order to show the drastic differences in development of the country since the Jewish people have returned to their homeland.”

Hershey continued to explain that the book not only is a historic testament to the development of Israel but also helps to refute the Palestinian Arab claim that the Jewish people threw them out of their homes in order take over the country. “The photos are a wonderful way to truthfully portray the prophetic changes in the land and help stop the slander against the country,” he said.

During his trip to Palestine in the 1800’s, Mark Twain famously described a desolate place. Along with Ezekiel’s prophecies, Hershey hopes that this book will spread truth, even to those not spiritually connected to Israel.

“In Ezekiel 36:8 it says, ‘But ye, O mountains of Israel, ye shall shoot forth your branches, and yield your fruit to My people Israel; for they are at hand to come.’ Everyone should understand that this is happening now as the fulfillment of prophecy in our lifetime!” exclaimed Hershey to Breaking Israel News. “People are seeking the truth today. They know that the media is spreading lies about the Holy Land but they do not know how to find the truth.”

With aspirations to publish “Ancient Prophecy/Modern Lens” within the year, Hershey has created a crowdfunding campaign to raise the money needed to finish the book. “So many Christians, are awakening to the fact that their roots started in the Land of Israel and with the Jewish people,” he stated. “My prayer is to provide an intimate relationship with the Holy Land and its people through this project.”

As the world’s first-ever photojournalistic book showing Israel’s development from desolation to modernization, Hershey’s dream is that “Ancient Prophecy/Modern Lens” will be used for generations to come as a stunning, visual history about Israel. “Should we exceed our crowdfunding goal, the extra money will be used to print the book in Hebrew, providing Israelis with a beautiful and meaningful resource to better appreciate that they are fulfilling ancient prophecy by living in the Holy Land.”

The “then and now” photo comparisons presented in “Ancient Prophecy/Modern Lens: The Land of Israel Reawakens” portray images from southern Negev desert farms to booming and flourishing coastal cities.

“I am motivated to create this book by my love of the Bible, the Land of Israel and God’s chosen people,” expressed Hershey to Breaking Israel News. “This book is a recognition that God is faithful in fulfilling His Biblical promises. My hope is that others around the world will recognize the times in which we live and be a part of the fulfillment of Ezekiel 36:36 where he states, ‘Then the nations that are left round about you shall know that I the LORD have builded the ruined places, and planted that which was desolate; I the LORD have spoken it, and I will do it.’”