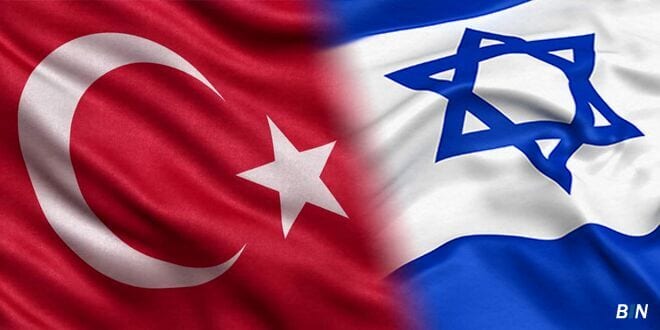 Avi Dichter, Likud Knesset member and former head of the Shin Bet security service, spoke at a cultural event in Yahud on Saturday, explaining that a port in Gaza being demanded by Turkey would be more of a security threat than the tunnels Hamas is digging to attack Israel.

“The urgency of giving a port to Hamas in Gaza is like the support for digging tunnels to transfer goods into Gaza. It may be that tunnels are even better because the goods in the tunnels can be checked at a better level than those in a port.” He suggested sarcastically, “Maybe it would be better for us to build them tunnels instead of a port.”

“All those focused on a port in Gaza or any other ideas to make it a separate entity are repeating the same mistake from the Oslo Accords.” He continued, “The State of Israel cannot make the same fundamental mistake that it did in the Oslo Accords. The mistake was that we signed an agreement without clear continuous phases explaining what we would get and what we would give.”

The subject of a seaport has reportedly resurfaced as part of recent negotiations between Israel and Turkey, who have made it a demand for renewing relations with Israel.

Relations between the two countries were seriously damaged as a result of the IDF raid on the Mavi Marmara in 2010. An international group of over 600 activists were attempting to violate Israel’s blockade of Gaza when IDF commandos boarded the Turkish vessel. Activists attacked the commandos and nine Turkish nationals were killed in the ensuing battle. In reaction, Turkey downgraded political relations and suspended military cooperation with Israel, which had been extensive until the incident.

Hamas demanded a seaport when negotiating a ceasefire with Israel to end the 2014 Operation Protective Edge Conflict, but Israel succeeded in not committing to the condition. In the Oslo Accords signed in 1993, the Palestinian Authority and Israel agreed that a seaport and airport would be built in Gaza. Yaaser Arafat International Airport opened in 1998, but the Israel Air Force bombed it in 2000.

On Thursday, an anonymous Hamas official said to the London based Arabic news service, Al Hayat, that the subject of a seaport in Gaza was being negotiated between Israel and Turkey. He claimed Israel was prepared to allow Turkey to manage the port, in order to ensure its security needs “while opening up Gaza to the rest of the world.”

“Hamas has decided not to discuss the issue and to leave it to the Turks,” the unnamed official said, adding that “it seems that Israel is interested in decreasing the pressure on the Strip’s residents and easing their path to rehabilitating Gaza out of fear of an explosion.”

In response, on Friday, Israel officially denied the claims that the seaport was a major point in negotiations with Turkey.

Egypt is also maintaining a blockade of Gaza, though no efforts or protests have been made against it. A UN investigation after the Mava Marmara incident determined that Israel’s blockade is legal according to International law.