The Mystery of the Lost Jubilee: Part XII – Count Your Blessings

Home » The Mystery of the Lost Jubilee: Part XII – Count Your Blessings 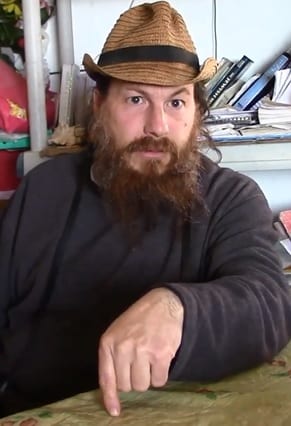 In part 11 of this series we interviewed Rabbi Avraham Dov Ben Shor from the Sanhedrin, and asked him to tell us whether, in the opinion of the Sanhedrin, we are currently in a Jubilee year. He told us:

“One of the leading ideas was that this year [5776] should be the Jubilee year. The reason that [this year] would fit is that it fits with at least one version of how it’s been counted since the time of Ezra the Scribe. The other reason is because if you count from the time that Jerusalem was redeemed, from the Six-Day War, which would be a logical time to start counting, this would be the 50th year.”

And yet as soon as he offered us a solution to the Mystery of the Lost Jubilee, he immediately added the word “however” and said something we had not thought of ourselves. He continued:

In other words, he agreed that they should have started counting towards the Jubilee in 1967, but because they did not, they cannot declare this year to be a Jubilee year. The passage in Leviticus 25 clearly requires them to count the years.

So the decision of the Sanhedrin?

“We decided that this was not the Jubilee year, but rather that this is the first year of the counting of the fifty.”

And to formally start the counting, they decided to speak a blessing upon this year in Jerusalem. We asked if the blessing was given on Rosh Hashana, the very first day of the year, or was it given on Yom Kippur, the tenth day of the year, when the shofar, the ram’s horn, was to be blown? He said that the blessing was given in between those two days to allow members of the Sanhedrin around Israel to be able to travel to Jerusalem to participate. (Rosh HaShana and Yom Kippur are treated as a Sabbath rest and so travel is restricted).

Regarding the blessing, Rabbi Ben Shor then smiled broadly and added:

“I was the one to whom they gave the merit of saying the blessing!”

He said the blessing was neither long nor complicated, but it was written by one of the Sanhedrin members, including a prayer before and afterwards. The blessing itself was something along the lines of:

“Blessed are you Lord our God, who commands us in the counting of the Sabbaticals and the Yovels.”

We asked how often this counting will happen? He answered:

He explained that they decided to follow the pattern of the Counting of the Omer, which counts the fifty days from Passover to Shavuot (which Christians refer to as Pentecost). In that counting, the Jews do not simply count numbers from 1 to 50, but count the days within the weeks as well. So the first day is day one of week one, through day seven of week seven, and finally Shavuot is declared.

But he went on to say that the reason not to declare this year as a Jubilee was more than just technical, it was also practical.

“Practical purposes are also part of the decisions of a court. The Sanhedrin is not accepted by all the nation of Israel. If all of the Nation is not on the same page, it doesn’t matter. We hope that in fifty years, the idea of a Jewish Sanhedrin will be accepted universally. In fifty years it will either get traction, or it won’t. Either way, we will know where we are headed, or not headed.”

He then added a twist about the current year.

“By declaring that this is the first year of the counting, we are also saying that this WAS a Jubilee year of the EXILE. Why? Because when you are in exile, you don’t count an extra year for the fiftieth year.”

So we then asked what happens in fifty years. Will that Jubilee year overlap with the first year of the next cycle, or will that year stand on its own?

“We are discussing that right now in various committees. One of the aspects we are also studying is what does a Jubilee year actually mean in modern life today? Because one of the main aspects of a Jubilee year involve the returning of the family inheritance, the redemption of slavery. All this will be discussed during the next fifty years!”

He then went on to tell us about one major impact of an agreement on the Jubilee year. If it is decided that a Jubilee year is upcoming, then that raises the level of required observance for the Sabbath (or Shemitah) years. They must be followed strictly according to the Torah and not just according to decisions the rabbis made during the exile period.

He concluded by saying:

The full interview with Rabbi Avraham Ben Shor is recorded and available here.

From all of this we can conclude that the Jewish people do have many years to decide whether they will celebrate the Jubilee fifty years from now. For the Nation of Israel to decide to celebrate it fifty years from now seems like a very big step. This thought, and the rabbi’s comment that God often provides help, seems to put a great deal of focus on the current Jewish year we are in, that being 5776 which ends on October 2, 2016.

Perhaps an amazing event regarding Israel before October 2nd would help convince the Jewish people that it is time to come together and figure out how the Jubilee can be brought to life in modern day Israel. The good news for us, is that we will know one way or another in months, not years! October is hardly a stone’s throw away from right now.

Fasten your seatbelt and let’s see where this ride ends up!

What do you think about this interview?

How do you feel about the Sanhedrin decision to not consider the current Jewish year to be a Jubilee, but rather to be YEAR ONE of the counting to a Jubilee in the future?

If the Messiah tarries, do you think all of Israel will celebrate the Jubilee fifty years from now?

Join us next time as we continue to keep our eyes open to current events, and also begin to search the Bible for clues to the meaning and the mystery of the Lost Jubilee.