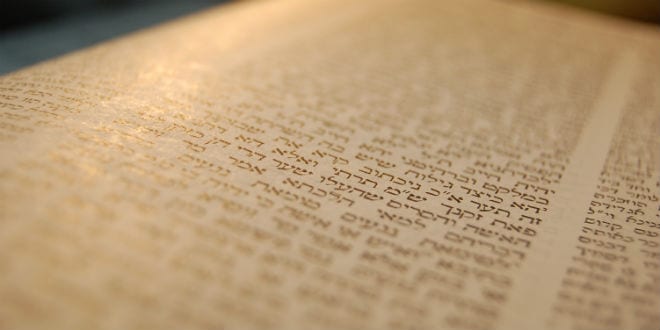 In the search for signs of the onset of the Messianic era, many look to the Bible and Prophets. The rabbinic sages who wrote the Talmud, a collection of Jewish biblical commentaries, were also granted a modicum of prescience. One section of the Talmud describes, in detail, the characteristics of society preceding the Messiah. In many ways, it is a disturbingly accurate description of our culture today and its unique traits, never seen  before in history.

This description, found in the tractate of Sotah, folio 49b, lists nine traits of the days preceding the Messiah.

1) Insolence will increase and honor dwindle

The internet has drastically changed the dynamics of modern society, making fame a more a matter of shock value than merit. The web has given rise to a culture of shamelessness and permissiveness in which freedom of expression manifests in internet trolling and bizarre viral videos. The phenomenon even received the presidential seal of approval when President Barack Obama met with Glozell Green, a woman whose claim to fame was eating cereal from a bathtub.

Today’s global economy has led to a situation in which a fertile country could go into debt and be unable to feed its population. This is precisely what Venezuela is experiencing today. Hoarding food and prepping became illegal in 2013. Last year, the government instituted rationing of electricity and forced farmers and food manufacturers to sell 30-100 percent of their goods to the state at set prices. Today, there are long lines for basic commodities and serious concerns that Venezuela may be on the verge of a catastrophic economic collapse, leading to an economically-induced famine. Given the state of the global economy, this is dangerously close to becoming a common phenomenon.

Without touching on US President Barack Obama’s ambiguous religious life, he has often been criticized for political heresy in his harsh treatment of the Bible of the United States: the Constitution. Discussions about gun control make no reference to the second amendment, and his executive order granting amnesty to illegal immigrants is in litigation for its questionable legality. Obamacare has several points which are criticized for violating basic constitutional points. Yet Obama has placed himself above reproof by issuing executive orders with impunity.

At the same time, the ongoing Republican campaign for the presidential nomination has taken on a religious dimension, with nearly all of the candidates emphasizing a strong religious aspect to their platforms. It seems that many Americans have decided they would like to see less heresy and more religion in the White House.

3) The meeting place of scholars will be used for immorality

American universities were created to transform students into successful, educated contributors to society, yet morality on today’s campuses has taken a sharp and disturbing downturn. Studies have shown that as many as 40 percent of college students can be defined as alcoholics, and more than half of all university students will use illicit drugs. Even more disturbingly, sexual assault is rampant in today’s universities. Some studies estimate that 19-27 percent of college women and 6-8 percent of college men are sexually assaulted during their time in college.

Today’s refugee issue has become a modern epidemic. 14 million Syrians have fled their homes, and six million of these were forced to leave their country – four million in the last year alone. At least 340 children have drowned in the Mediterranean Sea since September and officials claim the actual figure may be much higher with many bodies lost at sea. Despite international efforts, the situation has grown beyond any ability to cope with it, and taken on social dimensions that have become the focus of debate.

5) Youths will put old men to shame, the old will stand up in the presence of the young

In today’s culture of youth, achievement at a young age is idolized and lauded, and older generations, despite having built the foundation of the modern world, are pushed aside as they age out of technological advancement and relevance. In 2014, Forbes wrote in its annual ‘Under 30 list’ highlighting the achievements of young entrepreneurs, “This is the time to be young and ambitious. Never before has youth been such an advantage.” It seems that lifetime achievement awards have gone out of fashion.

6) A son will revile his father, a daughter will rise up against her mother….and a man’s enemies will be the members of his household

Last month, a 20-year-old Syrian man personified this disturbing forecast when he  killed his mother in the city of Raqqa because she urged him to leave ISIS. The Syrian Observatory for Human Rights stated that there have been several cases of sons killing their father for similar reasons, but this was the first documented case of matricide.

Sometimes the simple reading is the most poignant. Hillary Clinton shocked many at a recent campaign speech in Reno when, while making a point, she began barking like a dog.

8) A son will not be ashamed before his father

The rabbinic commentary describes this as a condition in which the young take over the roles of authority traditionally held by society’s elders. This is certainly true in today’s marketplace in which uber-rich youngsters rule over men and women with decades of education and experience. Bill Gates, the richest man in the world, reset the biological business meter when he founded Microsoft at the age of 20, making Steve Jobs (born the same year as Gates) seem over the hill when he waited until the age of 21 to found Apple. At 23, an age when most people are coping with the very beginnings of their career, Mark Zuckerberg, founder of Facebook, was a self-made billionaire. David Karp, a high-school dropout, founded Tumblr when he was 20 and now, at the ripe old age of 26, has a personal worth of more than $200 million.

9) The wisdom of the learned will degenerate, fearers of sin will be despised, and the truth will be lacking

Nowhere is the fulfillment of this prediction more evident than in the blatantly unfair treatment of the State of Israel on today’s world stage. The dialogue surrounding the conflict in Israel is dominated by outright lies, including claims – now widely accepted – that deny facts previously undisputed. Despite the absolute absence of any historical Palestinian nation, opponents of Israel claim that the Palestinians have been a nation in the land of Israel for thousands of years, with historical and religious ties to the Temple Mount. This view was even propagated by one of the world’s premiere journalistic sources, the New York Times, which stated that proof of the Jewish Temples “proved elusive”.

The Israel debate is mired in absurdity. The world’s top thinkers, politicians and religious world leaders who should know better, blindly vilify the Jewish State and support its enemies. The attempts of Israeli security forces to protect Jews and citizens from Palestinian terrorists have been called “extrajudicial executions”. The United Nations has censured Israel, the only democratic nation in the Middle East, more times than any other country in the world. Pope Francis has crowned PA President Mahmoud Abbas an “Angel of Mercy”, despite Abbas’s blatant incitement of violence against Israelis.

One must look no further than the worldwide rejection and condemnation of the Jewish State, a beacon of democracy, faith, and light, to see the truth of this forecast.