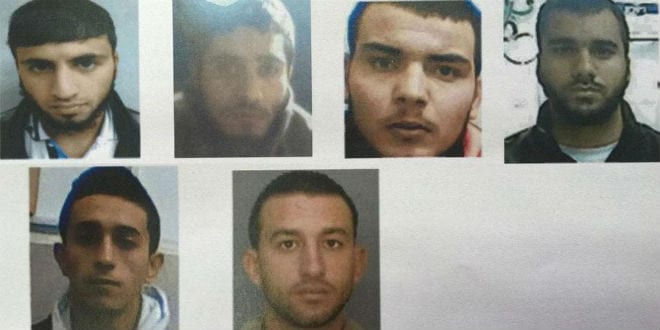 A Hamas terror cell operating out of Jerusalem had been planning a mass casualty attack with the added goal of assassinating Prime Minister Benjamin Netanyahu, Hebrew-language news site Walla! reported Sunday. Although indictments were filed last month in the case, the details were only recently cleared for publication.

The cell consisted of six members, with direct support from operatives in Gaza. Cell leader Ahmed Azzam, originally from Kfar Yussuf but living in Abu Dis, revealed during interrogation that the group had planned to detonate a bomb at Jerusalem’s Great Synagogue or Payis Arena during a speech by Israel’s leader.

According to the website, the cell had already secured a safe house in Abu Dis, a Palestinian town within Jerusalem, and amassed chemicals needed to build the explosive, such as potassium, hydrogen peroxide and fertilizer.

Under interrogation, Azzam revealed that he had first become interested in conducting a terror attack on behalf of Hamas while in an Israeli jail. In August, he established contact with one Abu Omer, a Hamas representative in Gaza, who provided support and direction. In November, he recruited 22-year-old Hizzam Sanduka, nicknamed “The Mechanic” for his knowledge of vehicles.

Sanduka was responsible for the bomb placement. It was also he who selected Netanyahu as a potential target. Working with a partner, he obtained the necessary components from Jerusalem-area nurseries and pharmacies. As a resident of Jerusalem’s Old City, he was able to use a car with yellow Israeli license plates, which made it easier to get around without arousing suspicions, but Sanduka told investigators he still drove to Jaffa after purchasing his supplies to verify whether or not he was being followed.

Sanduka had also worked as a guard in an Israeli security company, and had been stationed in the past at the Arena, and thus intended to use his connections to gain access to the final target. Since he had been part of the team which built the stage in the Arena, he had considered it an ideal opportunity to plant the bomb, with the intention of taking out the Israeli leader and those closest to him. He told investigators the only reason he had not planted explosives at the time was that he did not have the knowledge or means to prepare them.

Sanduka also recruited Fahdi Abu Kia’an,19, a Bedouin from southern Israel, known to be a supporter of the Islamic State (ISIS).

The cell debated a variety of terror methods, including kidnappings and suicide bombings. At one point, Azzam asked Sanduka to obtain a larger vehicle in order to smuggle more supplies, as well as potential suicide bombers, into Israel. The cell members also considered different targets, such as Malcha Mall or the port in Jaffa, where the carnage would be highest.

Indictments have been handed down against Sanduka and Kia’an so far, and another one was filed by the military prosecutor against 25-year-old Azzam.

As Proverbs (19:21) indicates, “There are many devices in a man’s heart; but the counsel of the LORD, that shall stand.”