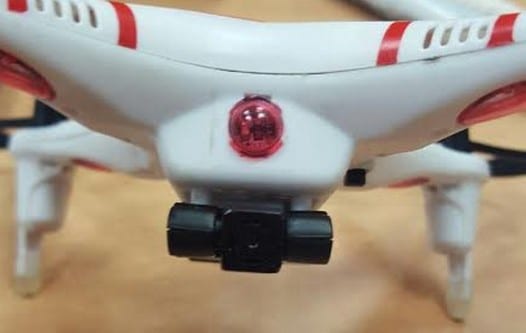 Israeli security forces at the Kerem Shalom border crossing between Israel and southern Gaza recently thwarted a plot to smuggle spy drones, equipped with high-quality cameras, into the Gaza Strip, the Defense Ministry announced on Sunday.

Security guards had stopped an Israeli truck at the border to search its contents and discovered that along with its shipment of toys, the truck was carrying several drones of different types and sizes, all equipped with cameras.

The Defense Ministry said that they suspected terrorist elements in Gaza had been planning to use the drones to gather intelligence on Israeli military positions and movements.

Israel confiscated the equipment and launched an investigation into the smuggling attempt, the latest of several such efforts discovered by Israel’s security service, the Shin Bet, in recent weeks. A joint task force including the Shin Bet, the IDF Coordinator for Government Activities in the Territories (COGAT), the Israel Police, and the Crossings Authority has been formed to intercept illegal shipments of drones and other items into Gaza.

Hamas, the terrorist organization which controls Gaza, has been trying to use drones against Israel for the past several years. Last year, Hamas flew several drones out of Gaza and into Egyptian airspace several times, Egypt said. Egyptian radar has picked up drones flying out of southern Gaza on multiple occasions, and during Israel’s 2014 military conflict with Gaza, Hamas launched two drones, both of which were shot down by IAF missiles after crossing the border into Israel.

According to prophecies in the Hebrew Bible, Gaza, a small strip of land on the Mediterranean coast, is destined for desolation. Prophets Amos and Zephaniah foresaw its destruction, warning its inhabitants that “the word of the Lord is against you” (Zephaniah 2:5). In 2014, a conflict sparked by Hamas’s constant shelling of southern Israeli communities led to a ground operation in Gaza which destroyed much of its terror infrastructure.