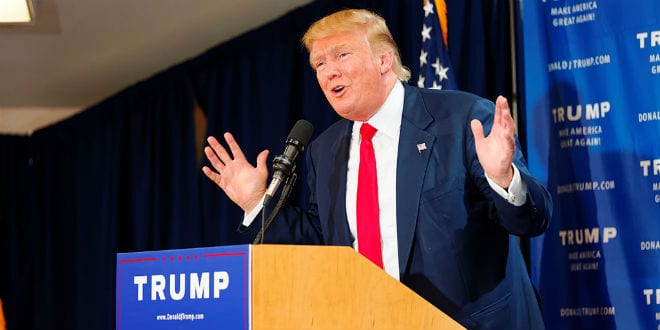 In an effort to protect his credentials should he be elected president, Republican candidate Donald Trump told an audience at a town hall meeting in South Carolina Wednesday he would like to remain “neutral” on the Israeli-Palestinian conflict, The Times of Israel reported.

Trump appeared in Charleston for the MSNBC-hosted event, where one meeting participant asked him what steps he would take to broker a deal between the two sides in the conflict. Trump responded that he would give it “one hell of a shot”, saying it would be “probably the toughest agreement of any kind to make.”

Host Joe Scarborough pressed Trump on the matter, asking which side was more to blame for the most recent failure to reach a compromise. Trump refused to take sides.

“Let me be sort of a neutral guy,” he continued. “A lot of people have gone down in flames trying to make that deal. So I don’t want to say whose fault is it. I don’t think it helps.”

Trump was also open to the possibility that the conflict might be unresolveable. “It’s possible [an agreement is] not makeable, because don’t forget it has to last — it’s wonderful to make it and it doesn’t work, but it has to last,” he said. “To make lasting peace there? Probably the toughest deal of all, but I’m going to give it a shot.”

Trump’s “neutrality”, however, had its limits, as he discussed some of the obstacles standing in the way of peace. “A lot of people say an agreement can’t be made, which is okay. I mean, sometimes agreements can’t be made. Not good, but, you know, you have both sides really, but one side in particular, growing up and learning that these are the worst people,” he said. “I was with a very prominent Israeli the other day. He says it’s impossible, because the other side has been trained from the time they’re children to hate Jewish people.”

He repeated the sentiment in an AP interview. “A lot will have to do with Israel and whether or not Israel wants to make the deal — whether or not Israel’s willing to sacrifice certain things,” he said. “They may not be, and I understand that, and I’m okay with that. But then you’re just not going to have a deal.”